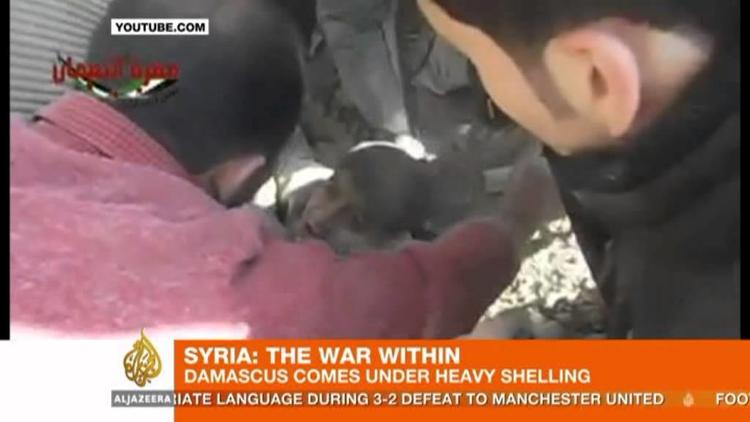 The Baath regime of Bashar al-Assad spent the final day of a supposed 4-day cease-fire on Monday intensively bombing its own cities, with fighter jets flying dozens of sorties against rebel positions. Some bombs were so powerful that they kicked up mini mushroom clouds. Neighborhoods of the capital, Damascus, were bombed, as were rebellious cities such as Maaret al-Nu`man, parts of which were said by activists to have been flattened. Revolutionaries are trying to use Maaret al-Nu`man as a base from which to take the regime’s nearby military base.

The bombings killed some 76 persons

For their part, revolutionary groups set off two big bombs in the Rawdah district in the outskirts of the capital, leaving 11 dead.

The argument of dissidents that the bombing campaign is a sign of weakness is persuasive. Bombing from a height is inaccurate and likely to kill innocent non-combatants, and so will likely turn even more people against the regime. But we can surmise from it that the regime’s infantry and armor are unable to restore control over much of the country.