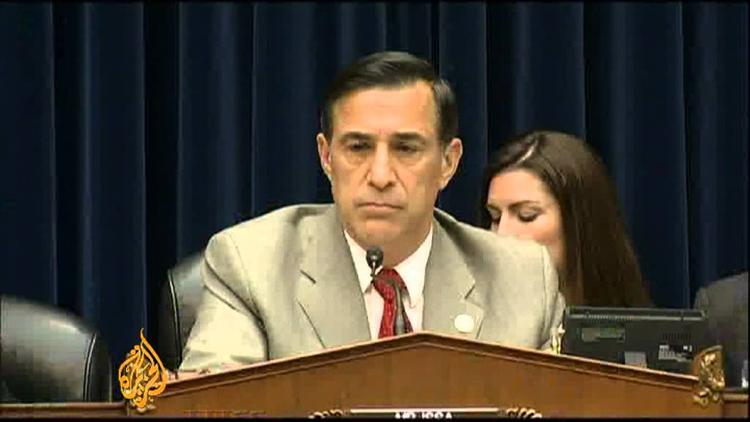 The Tea Party Congress, having, with Paul Ryan’s leadership, deeply cut funds for embassy security, held a hearing on Wednesday on the circumstances of the attack on Sept. 11, 2012, on the US consulate in Benghazi, in which it tried to point fingers at the State Department and the Obama administration.

That’s right, the Republicans cut funds for embassy security, and now are blaming the State Department for laxity.

Aljazeera English reports on the hearing:

One of the Republican talking points is criticism of Ambassador to the UN Susan Rice and other Obama administration officials for saying that the events on Sept. 11 began with a demonstration outside the consulate against the hate film “The Innocence of the Muslims.”

But the fact is that the Libyan Arabic press initially reported that there was such a demonstration, and Libyan officials in Benghazi said so, as well, and I conveyed these assertions here.

The indications that this was a revenge attack for the killing of al-Qaeda number 3, Abu Yahya Libi, were a) that a rocket propelled grenade was deployed against the consulate, which goes rather beyond typical mob violence; and that b) the safe house to which dozens of consular personnel were moved by Libyan special forces itself came under mortar attack. This latter fact was reported later in the week by Libyan journalist Hadeel Al-Shalchi.

But it is natural that there should have been a fog of war around the attack. The one who would normally have been reporting back to the State Department about the details– Ambassador Chris Stevens– died from smoke inhalation.

I frankly can’t understand what the Tea Baggers are driving at here. If their complaint is lack of consulate security, then they shouldn’t have cut the money for it.

If their complaint is that early accounts of what happened were chaotic and ultimately inaccurate, what else would they expect? When would that have not been so in the aftermath of such a disaster? As I’ve pointed out before, lots of embassy attacks occurred under Bush, including one in Athens, and I doubt they GOP even held a hearing on most of them.

One subtext seems to be that Obama naively unleashed al-Qaeda in Libya by helping overthrow Qaddafi, and then was unprepared for its attacks. But July’s parliamentary elections showed that radical Muslim movements are a tiny minority in Libya. The largest single party is nationalist, not Muslim fundamentalist. Libya has a problem with the militias that grew up during last year’s revolution. But many of them, as with the Zintanis or the Berbers of Jabal Nafusa, are hardly pious fundamentalists. I was in Libya in May-June, and it simply isn’t the violent basket case that Americans keep depicting it as.

I don’t know if Americans are finding this politicization of the tragedy in Benghazi distasteful. They should be.

Romney on the campaign trail started telling the story of an ex-Navy Seal who died in the attack, who had been stationed in a facility a mile from the consulate, wand who ran toward the danger. Romney praised his courage and Americanness, attampting to appropriate some of it for himself.

But Romney never ran toward danger in his life. He dodged the draft for Vietnam by trying to convince French people not to drink coffee or wine.

The deceased SEAL’s mother asked Romney to knock it off, saying that she doesn’t trust the GOP standard bearer.

That’s the same response Americans in general should have to the distasteful and cynical attempt on Capitol Hill to deploy Chris Stevens’ killing for narrow political gain at the polls.