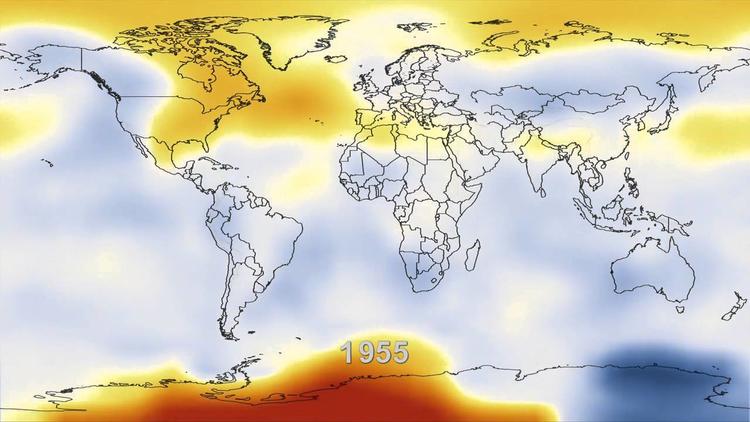 Paul Bump at Grist points out that The National Oceanic and Atmospheric Administration reported on global temperatures in October 2012 as follows:

He then did a quick calculation, and concluded that if you were born after April, 1985, i.e. if you are 27 or younger, you have never experienced a month with a global average temperature colder than the 20th-century average. (Obviously, you may have experienced a month at lower than local averages, though that would be rare, too; the point is about world averages.)

For a visual of the 20th century average temperature through 2011, see this NASA video: