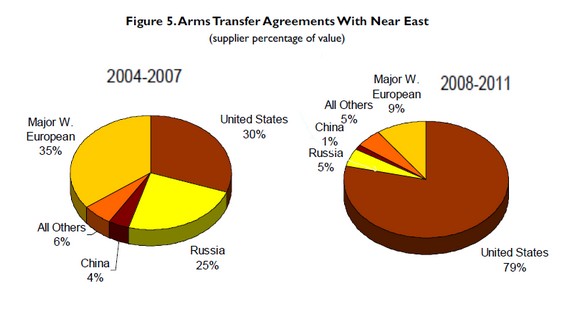 The American obsession with guns and violence is not unique, but it is distinctive. The US ranks 12th in the world for rate of firearm-related deaths. El Salvador, Colombia, Swaziland, Brazil, South Africa, the Philippines and some others are worse. But that is the company the US is in– not, say, relatively peaceful places like Japan, Singapore and the Netherlands.

It turns out that the Newtown shooter used a semi-automatic Bushmaster rifle and he had lots of thirty-round high-capacity clips for it. Authorities have revealed that each of the 20 children and six adults he killed was shot multiple times, but given the number of clips Lanza brought with him, the number of victims could have been much, much higher. The Federal ban on weapons such as the Bushmaster, in place 1994-2004, was allowed to lapse by the George W. Bush administration and his Republican Congress, all of whom received massive campaign donations from the gun lobby. There is a Connecticut ban, but the maker of the Bushmaster used a loophole in the poorly written state law to continue to sell the gun in the state. The Bushmaster is manufactured by a subsidiary of the Wall Street hedge fund, Cerberus Capital Management, called the “Freedom Group”– which also owns Remington and DPMS Firearms. It is the largest single maker of semi-automatic rifles in the US, and they are expected to be a major growing profit center in the coming years. The Freedom Group was sued over the Washington, DC, sniper attacks, and paid $500,000 without admitting culpability.

So, the hedge funds are doing us in every which way.

But the weird idea of letting people buy military weaponry at will, with less trouble than you would have to buy a car, is only one manifestation of America’s cult of high-powered weaponry.

In 2011, US corporations sold 75% of all the arms sold in the international weapons market, some $66 billion of the $85 billion trade. Russia was the runner-up with only $4 billion in sales.

Saudi Arabia bought F-15s and Apache and Blackhawk helicopters. Oman bought F-16s. The UAE got a missile shield. And, of course, Israel gets very sophisticated weapons from the US, as well.

The US share of the arms trade to the Middle East has burgeoned so much in the past decade that it now dwarfs the other suppliers, as this chart [pdf] from a Congressional study makes clear.

The University of Michigan “Correlates of War” project, run by my late colleague David Singer, tried to crunch numbers on potential causes of the wars of the past two centuries. Getting a statistically valid correlation for a cause was almost impossible. But there was one promising lead, as it was explained to me. When countries made large arms purchases, they seemed more likely to go to war in the aftermath. It may be that if you have invested in state of the art weapons, you want to use them before they become antiquated or before your enemies get them too.

So the very worst thing the US could do for Middle East peace is to sell the region billions in new, sophisticated weapons.

Moreover if you give sophisticated conventional weapons to some countries but deny them to their rivals, the rivals will try to level the playing field with unconventional weapons. The US is creating an artificial and unnecessary impetus to nuclear proliferation by this policy.

I first went to Pakistan in 1981. At that time it was not a society with either drugs or guns. But President Ronald Reagan decided to use private Afghan militias to foment a guerrilla war against the Soviets, who sent troops into Afghanistan in late 1979. Reagan ended up sending billions of dollars worth of arms to the Mujahidin annually, and twisting Saudi Arabia’s arm to match what the US sent. The Mujahidin were also encouraged by the US to grow poppies for heroin production so that they could buy even more weapons.

Over the decade of the 1980s, I saw the weapons begin to show up in the markets of Pakistan, and began hearing for the first time about drug addicts (there came to be a million of them by 1990). I had seen the arms market expand in Lebanon in the 1970s, and was alarmed that now it was happening in Pakistan, at that time a relatively peaceful and secure society. The US filled Pakistan up with guns to get at the Soviets, creating a gun culture where such a thing had been rare (with the exception of some Pashtuns who made home-made knock-offs of Western rifles). Ultimately the gun culture promoted by Reagan came back to bite the US on the ass (not to mention Afghanistan and Pakistan!) And not to mention the drugs.

Now the US views Pakistan as peculiarly violent, and pundits often blame it on Islamism. But no, it is just garden-variety Americanism. You’re welcome.