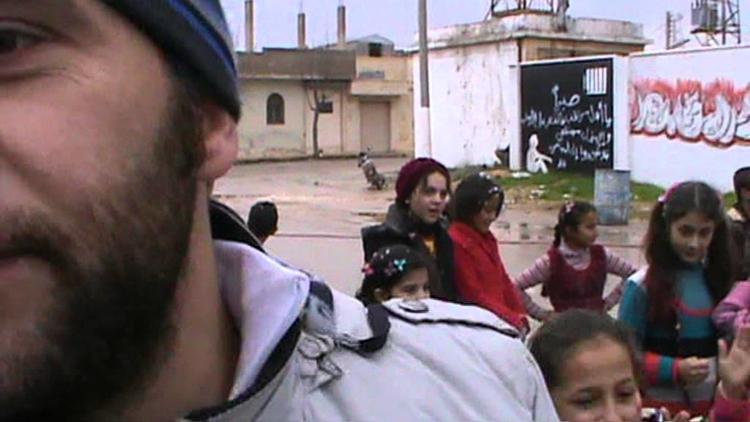 Muslims of Syrian town of Saraqeb put up Christmas tree for local Christians.

The young man who is being interviewed stresses the unity of all Syrians, whether Muslim, Christian, Druze, etc.

The Syrian revolutionaries took it at the beginning of November. It was subsequently the site of the execution of captured Syrian army troops. Last spring, the Syrian military was also accused of war crimes in Saraqeb.