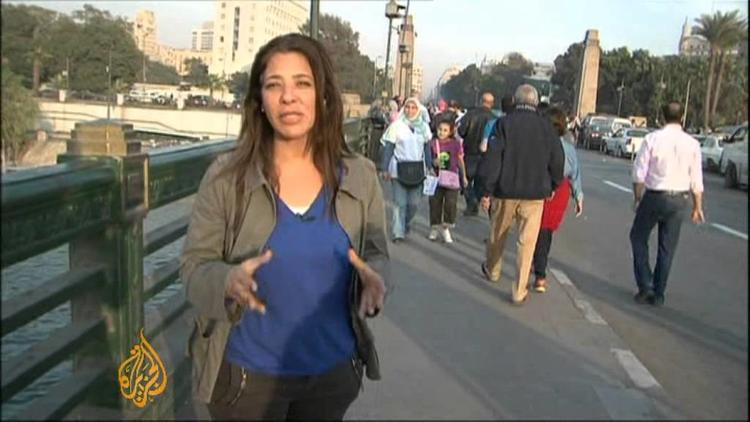 1. In response to the sting of defeat at the UN, Israel announced it is building a further 3,000 Israel squatter housing units on Palestinian land around Jerusalem. The Israelis had said that the Palestinians should come to the negotiating table instead of going to the UN, but they would be negotiating over this land that Israelis keep stealing. The US State Department deplored the Israeli move. But when Washington deplores the Palestinians’ actions, it cuts off funding, or designates people or parties ‘terrorist.’ When it condemns something Israel has done, nothing happens beyond a toothless tch tch.

2. Egypt’s Constituent Assembly abruptly passed the text of its proposed new constitution for the country on Friday, and likely President Muhammad Morsi will sign off on it Saturday. It then must be voted on in a nationwide referendum. The text of the constitution provoked anger among leftist youth, liberals and secularists, since it was crafted by the Muslim Brotherhood and incorporates religious strictures, nor does it provide firm protection for basic human rights. The Egyptian judiciary, which has been playing a major role in overseeing elections, says it will decline to administer the constitutional referendum. Egypt’s judges are angry at the president because of his high-handed decree putting himself, his senate and the constituent assembly above judicial review.

3. The opposition launched another major demonstration in Tahrir Square, demanding a new Constituent Assembly and a new text. But likely their only hope of derailing this one would be to campaign against its victory in the referendum. The Muslim Brotherhood is much better at campaigning.

Aljazeera has a video report on the protests in Egypt against the Muslim Brotherhood draft constitution.

4. All hell is breaking loose in Syria. Revolutionaries have captured at least 7 bases from the Syrian army in just the past two weeks, and they have been mining their depots for arms. They have gotten hold of SA-7 shoulderheld missile launchers and deployed them against the Syrian air force. The regime seems to have lost control of most of the north of the country, and roads north have been cut. The revolutionaries are now attempting to take the Damascus airport, to prevent the regime from being resupplied by Russia and other allies. The fighting near the airport has caused most international passenger airlines to cease flying into it, though it is technically still open and the regime may still be able to use it for resupply. The regime, desperate to disrupt the revolutionaries’ command and control, pulled the plug on the internet and also turned off the telephone service. Muammar Qaddafi turned off the internet during the uprising in Libya, but it did not help him in the end. It is hard to see how this regime can survive, given the kinds of advances that the opposition has been making in recent weeks.

5. Some twenty Lebanese young fundamentalist Sunni men from the northern city of Tripoli were killed on Friday in an ambush as they sneaked into Syria to fight the Syrian government. Tripoli is tense, and has seen faction-fighting between Alawite Shiites and Sunnis in recent months. The Alawites tend to sympathize with the present government of Bashar al-Assad, himself an Alawite Shiite.

6. Violence continued for the fourth straight day in the town of Siliana southeast of Tunis, as locals protested the lack of jobs, lack of infrastructure, and lack of development, and demanded that their provincial government be dismissed. President Moncef Marzouqi, himself a secular liberal, fearing that the protests could spread, called for a national unity government and a cabinet reshuffle. But so far the prime minister, Hamad Jebali of the fundamentalist al-Nahda Party, has declined to dismiss the governor, shuffle his cabinet or meet any of the protesters’ demands. The al-Nahda is running a minority government, with less than 40% of the seats in parliament, and new elections are scheduled for June, 2013 after the new Tunisian constitution is finished this spring.

7. The US State Department took the unusual step this week of warning the Bahrain government that the country could break apart if the monarchy went on with its heavy-handed repression of protesters. The Shiite majority in Bahrain wants constitutional reform and a greater say in governing, whereas the Sunni monarchy insists on something close to absolute monarchy and Sunni dominance. (There is a show parliament, but the king can overrule it and the Shiites have never had a majority even in the elected lower house, because of regime gerrymandering).

8. In south Yemen, thousands of protesters rallied to demand autonomy from the Sanaa-based government in the north of the country. South Yemen had been an independent Marxist state 1967 to 1990, but was united with the North then, though often uneasily, and the central government has used force to assert itself in the south.

9. The Zawiya refinery in the west of Libya reopened on Friday, after a protest by vets that they weren’t getting paid a pension had closed it. Government mediation with the former fighters succeeded in mollifying them for now. Meanwhile, Libya’s new prime minister succeeded in having his proposed foreign minister pass the integrity commission’s inquiry, so that the new, elected government is gradually being formed. Libya’s government was overthrown and the new one has not succeeded in asserting itself, facing hundreds of armed militias around the country (most of which, however appear to function as neighborhood watch organizations, and militia violence in the big cities is relatively rare).

10. Thousands of Muslim fundamentalist and leftist protesters gathered in downtown Amman, Jordan, on Friday to demand the sacking of the prime minister. The protests have swelled in Jordan because the government has allowed natural gas prices to rise, reducing the subsidy as an austerity measure. Muslim Brotherhood dissidents warned King Abdullah II that if their demands were not met, all possibilities were open (i.e. including overthrowing the king and making Jordan a republic).