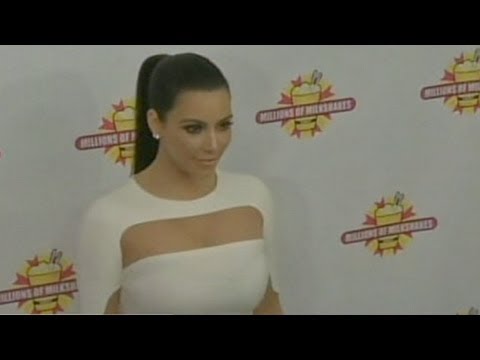 The real scandal of the Kim Kardashian visit to Bahrain is that it is what it took for Western media to mention the word “Bahrain” on the evening news. I did a search at Lexis Nexis Broadcast Transcripts under “CBS and Bahrain” for the past 3 months and got … 10 hits. Now, this methodology is inexact. I am not singling out CBS but it is useful because it can’t be confused with anything else (ABC could be Australian Broadcasting Company) and it does not have a cable news sister, so we really are looking at evening news and Face the Nation. Even so, I got several non-CBS items among the hits. Conclusion: Bahrain has been almost invisible as an issue in most US television news reporting.

This, despite the close US alliance with the Sunni Bahrain monarchy, which leases to Washington a naval base at Manama that serves as the HQ of the Fifth Fleet in the Persian Gulf (called by Arabs the Arabian Gulf). In turn, this base allows the US to provide security to 1/5 of the world’s petroleum exports, which flow out of this region.

Bahrain has a Shiite majority, which is socially, economically and politically marginalized by the Sunni royal establishment. Shiites (and some Sunnis) have been protesting for over a year and a half, demanding constitutional changes and changes in employment policies, that would give Bahrain Shiites their due. Over a hundred protesters have been killed, protests have been brutally repressed (violating the right of peaceful assembly), prisoners have been tortured, and even physicians who treated wounded protesters have been prosecuted. Bahrain is a nasty little police state with sort of Sunni Jim Crow.

The United States bears responsibility for this situation because of its base there, and the State Department has been quiet as a mouse, for the most part, thought there have been ‘regrets’ and ‘concerns.’ Just this week, they let slip that they worry that the king’s uncompromising stance could break up the country. American television news owed us more coverage of this issue than they have given us, but it falls close to the hypocrisies of Great Power realism and so has been largely avoided.

Worse, CNN may have deep-sixed negative coverage in part because it had a packaging deal with Bahrain. Who here thinks the hiring as CNN CEO of Jeff Zucker, an infotainment mogul who ran NBC into the ground and was responsible for the Jay Leno/ Conan O’Brien fiasco, will improve things?

But did Kim Kardashian show up in Manama? Why that they put on t.v.

There is something wrong with our whole information system. Mostly, it is that it is a capitalist media. But also, it is too often too respectful of power.