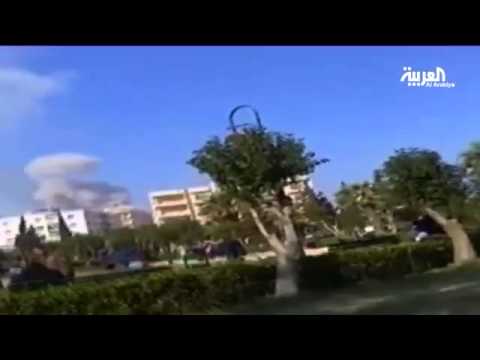 An enormous explosion hit Aleppo University on Tuesday, killing some 87 students and wounding over 150.

The motive for the bombing is obscure. The regime holds the university and the area around it, so there is no reason for it to bomb the campus (though government bombing can go astray). But there is also nothing to be gained for the revolutionaries by blowing up a university campus.

There are two main theories about the bombing, and both of them see it as a tragic error. ABC concludes that it was likely a regime aerial bombardment that hit the wrong target. ABC says that the scale of destruction at the university is beyond what could be produced by the weaponry known to be in the hands of the rebels (i.e., they only have small and medium weapons).

However it happened, it was horrible, and emblematic of the massive violence occurring daily in Syria.

Alarabiya reports on the bombing of Aleppo University:

Even more horrible, the students were only about a third of those killed on Tuesday. The regime hit 350 or so targets throughout the country with aerial bombing raids or artillery strikes, with 237 dead for the day.

ITN reports on the government’s aerial bombardment of parts of Aleppo on Tuesday, and it may be that one of the bombs aimed at such a neighborhood hit the university instead: