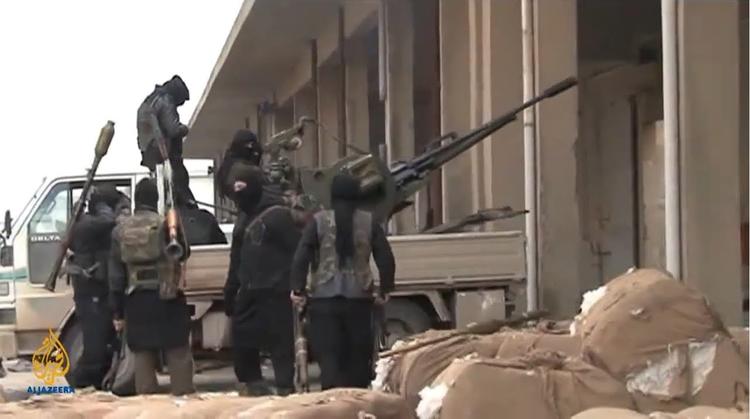 The UN donors’ conference in Kuwait made some progress on Wednesday morning toward its goal of $1 billion in aid to the some 700,000 Syrian refugees, many of whom are shivering in tents in Turkey, Jordan and Lebanon. Kuwait stepped up big time, pledging $300 million. Kuwait has a long tradition of careful and well-executed development work. At the same time, President Obama pledged $155 million. Up until now, UN Secretary-General Ban-ki Moon had been complaining of the inadequacy of the international response to the Syrian refugee crisis.

On the other hand, Obama had underlined in a TNR interview on Sunday his reluctance to get involved in Syria, pointing out that the Congo has seen even greater loss of life (and implying that no one was saying he should send American troops there).

The horror show that is the Syrian civil war produced some new horrific scenes on Tuesday, as rebels announced that they had fished over 60 bodies of young men (some as young as 12) from a river in Aleppo. Their wrists were bound and they had been executed, shot in the head. The rebels and the Baath government promptly each accused the other of doing the deed. While it is difficult to adjudicate such claims, I suppose that it was the rebels who discovered the bodies and publicized it suggests that it was the regime who committed the murders.

The more consequential horrors are the heavy fighting by rebels in the north trying to take the Mannagh Air Force Base, the last of the regime’s major bases in the north of the country. If it falls, northern Syria would be beyond the regime’s ability to control it. Likewise, the regime is attempting desperately to hold on to Homs, because it abuts key highways going from the south to the north, and the supply line from the Mediterranean ports to the capital of Damascus. If Homs fell, the regime would find it difficult to receive Russian arms.

Here is my appearance on a panel to discuss Syria at Marwan Bishara’s “Empire” on Aljazeera English, which aired on Sunday: