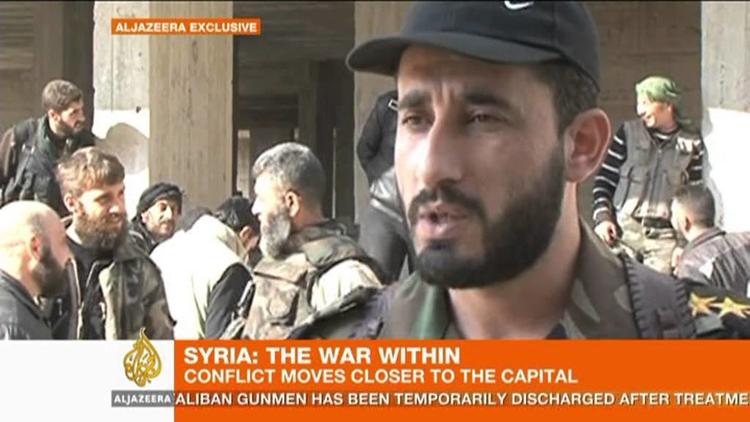 Beleagured President Bashar al-Assad addressed the nation on Sunday, in a “Baghdad Bob” moment, in which he more or less denied he has lost control of much of the country or that most of his countrymen consider him a monster.

Meanwhile, the civil war had raged all around the country. A mortar landed in north Damascus on Saturday, and a car bomb was set off in Bab Tuma, a Christian area downtown Damascus. Dozens were killed or wounded in other violence around the country.