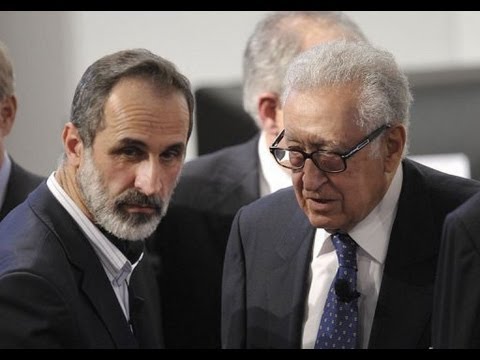 Syria’s revolutionaries are saying that they have taken a key Aleppo district, Sheikh Said, that enables them to block the road to the airport. The Baath regime has been using its airports and air bases to resupply troops in the north. If the rebels can block the use of Aleppo airport for this purpose, they will have a better chance of taking all of the north of the country. They now hold significant swathes of Aleppo, including some military bases that have fallen to them, along much of the territory between Aleppo and the Turkish border, all along the way.

Meanwhile, the opposition met with Russia on Saturday. Since Russia is losing standing in the Middle East for its Syria policy, such a meeting benefits all the parties. But I can’t imagine much practical coming out of it.

Michael R. Gordon and Mark Landler of the New York Times broke the story on Saturday that former Secretary of State Hillary Clinton had gotten then CIA director David Petraeus’s agreement to a plan to arm, train and support America-friendly revolutionaries in Syria. The plan was scotched by President Obama on the grounds that it could spin out of control and draw the US into an intervention in Syria. Obama was also allegedly worried that a covert operation like that could go bad very publicly and might have a negative impact on his presidential campaign.

I think we now have a concrete difference between what an Obama presidency looks like and what a Hillary Clinton presidency would have looked like. Obama doesn’t like interventions of choice on the ground, and wants the US out of its Middle Eastern land wars. He was happy enough to get out of Iraq altogether. He will be wholly or for the most part out of Afghanistan in a couple of years. His intervention in Libya was forced on him by UK PM David Cameron and former French president Nicolas Sarkozy, and it remained a purely from-the-air affair, with no US military engagement in the country after the fall of dictator Muammar Qaddafi. Obama’s main form of foreign policy interventionism is a) sanctions (e.g. Iran) and b) drones, as in Pakistan, Yemen and Somalia. These two techniques may appeal to ground-war-averse Obama as a way of avoiding sending in the infantry, though I suspect Washington underestimates the danger that these two tactics can themselves spiral out of control and lead to military engagement.

Clinton pushed hard for the Libya intervention, and apparently she wanted to be much more hands-on with regard to Syria than Obama would let her. And, although the consideration of the electoral campaign has passed, the fear of being drawn into a quagmire has not. This revelation of the NYT underlines my argument on a recent edition of “Empire” on Aljazeera English that the US really has no on-the-ground, practical Syria policy, and that rumors of US covert action in Syria have been much exaggerated. (The US does say al-Assad should go and has worked with the revolutionaries on the political side.)