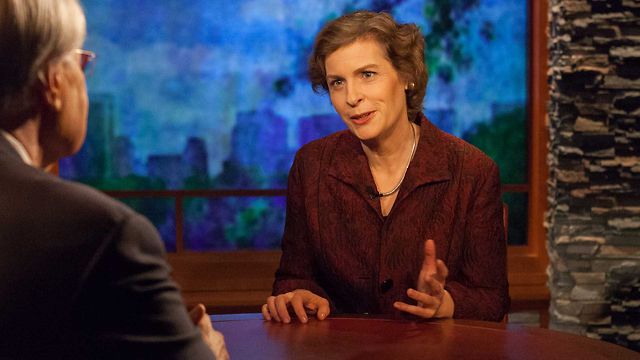 Bill Moyers interviews Susan Crawford on the virtual monopoly on internet provision held in the US by a few companies, who overcharge those who can afford their rates, exclude the poor, and give us slow, crappy service compared to more advanced and enlightened countries where being slaves of the corporations is frowned upon.

“Susan Crawford on Why U.S. Internet Access is Slow, Costly and Unfair
February 8, 2013

Susan Crawford, former special assistant to President Obama for science, technology and innovation, and author of Captive Audience: The Telecom Industry and Monopoly Power in the New Gilded Age, joins Bill to discuss how our government has allowed a few powerful media conglomerates to put profit ahead of the public interest — rigging the rules, raising prices, and stifling competition. As a result, Crawford says, all of us are at the mercy of the biggest business monopoly since Standard Oil in the first Gilded Age a hundred years ago.

“The rich are getting gouged, the poor are very often left out, and this means that we’re creating, yet again, two Americas, and deepening inequality through this communications inequality,” Crawford tells Bill.