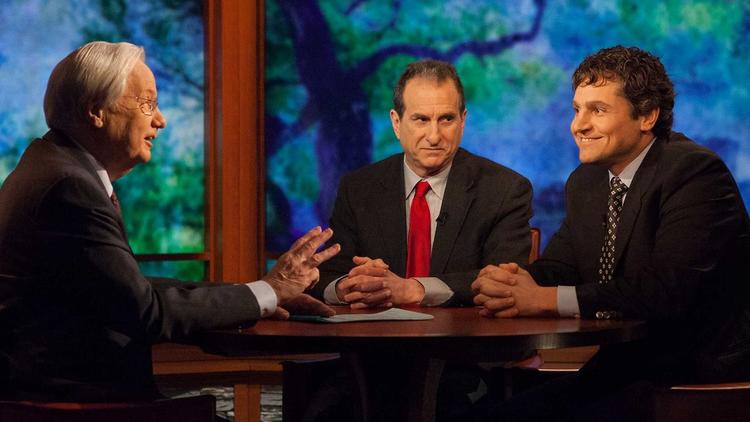 Bill Moyers explores the subversion of American democracy by big money, and what could be done by it. A third of campaign donations in the past election were ‘dark money,’ i.e. from anonymous rich people. Some 150 persons had an outsized impact with their $9 million each.

There’s no question that big money calls the shots, or at least strongly influences the agenda, on many issues vital to America’s democracy and integrity. Dan Cantor, Executive Director of New York’s Working Families Party, and Jonathan Soros, co-founder of the Friends of Democracy super PAC and a Senior Fellow at the Roosevelt Institute, join Bill to discuss their proposals to fight the corrosive effects of money in politics.

With the help of Soros’ anti-super PAC super PAC, the two are combating the negative impacts of Citizens United by backing candidates who stand up for campaign finance reform. Soros and Cantor advocate for a New York State public financing system inspired by New York City’s publicly-funded program that makes it less financially prohibitive to run for city-wide office.”