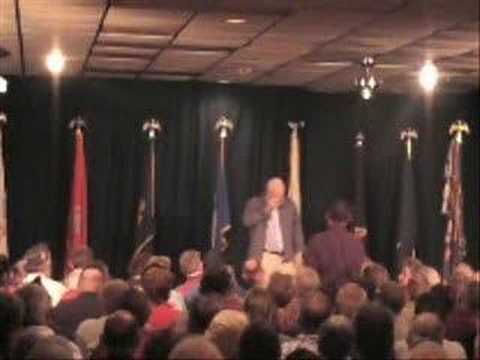 The GOP senators have their own foreign policy, and it isn’t the same as that of President Obama or Secretary of Defense Chuck Hagel.

For them, the US is a 900 pound behemoth that can boss the world around with its high-tech military at will. Their foreign policy is to shoot first and ask questions later, to cowboy it all alone, to never have regrets and never question American supremacy. They believe in a civilizational hierarchy, with Americans at the top of it, and for some of them ‘Americans’ means white Americans.

They strongly supported the illegal US invasion and occupation of Iraq, and many opposed the 2011 US withdrawal from that country. McCain admitted that some of the pettiness toward Hagel derived from grudges over his break with George W. Bush: “There’s a lot of ill will toward Sen. Hagel because when he was a Republican, he attacked President Bush mercilessly, at one point said he was the worst president since Herbert Hoover, said the surge (of U.S. troops in Iraq) was the worst blunder since the Vietnam War, which is nonsense, and was anti-his own party and people.”

I think Herbert Hoover was a very fine president compared to George W. Bush, and so does McCain. That is, McCain privately agrees with Hagel on this issue, and is slamming him in part because he is guilty over his own inability to live up to his ideal of party loyalty. As for Bush’s war on Iraq, the crackpot notion that the entire enterprise was anything but an epochal failure that left hundreds of thousands of Iraqis dead and millions displaced, and gave al-Qaeda a new lease on life, should be laughed out of the Senate.

The GOP Orcs have a further list of countries they’d like to invade and occupy. Senator Lindsey Graham added Pakistan to the list. Does anybody else in the known universe think it is a good idea for the US abruptly to go to war with the world’s sixth-largest country, which is a nuclear power, and which is backed by China? I mean, shouldn’t this man just be declared clinically insane and mercifully put in an institution instead of being allowed to strut the halls of power? ( South Carolina, by the way, has among the worst health statistics and the shortest life expectancy in the United States, so that you would think Sen. Graham might have other priorities than becoming a 21st century Lord Curzon.)

John McCain joked about bombing Iran. (A bomb strike on the nuclear enrichment facilities at Natanz near Isfahan would release massive amounts of toxins and likely kill 100,000 innocent civilians.)

The Senate in general is all for keeping several million Palestinians stateless and without basic civil and human rights, and for allowing the Israelis (many of them Americans or Eastern Europeans) to steal what’s left of Palestinian farmland. In the Senate’s racial hierarchy of power, Americans are on top, Arabs near the bottom, and Palestinians are in the toilet. The GOP senators are currently thinking up ways to punish the Palestinians for daring to assert their right to be citizens of a state at the UN.

Hagel’s ideas on foreign policy are pragmatic and cautious, and sane. The real reason that he had a hard ride in his confirmation was that the looney tunes Tea Partiers and Neoconservative dead-enders want to keep alive the insane options as long as they can, the dream of striding in camel boots and khaki through the halls of an abject Islamabad, the dream of reducing Iran to a less prosperous version of the Congo, the dream of erasing the Palestinians altogether, the dream of total and absolute global dominance.

Their sense of innate superiority makes them unable to look about a broken-down America, its treasury looted of trillions by crooked financiers, its 30,000 significantly wounded Iraq War veterans needing trillions in health care over the next decades, its bridges falling down, its school students illiterate in mathematics and science, its factory jobs shipped abroad by scheming corporations, its minorities increasingly denied the right to vote, and its industry spewing 5 billion metric tons of hothouse gases into the atmosphere annually, threatening to wipe out New Orleans and Manhattan with artificial sea level rises.

There is enough to do at home, without small men from small states dreaming of world conquest. Hagel knows this, and so they smeared him with their slime.