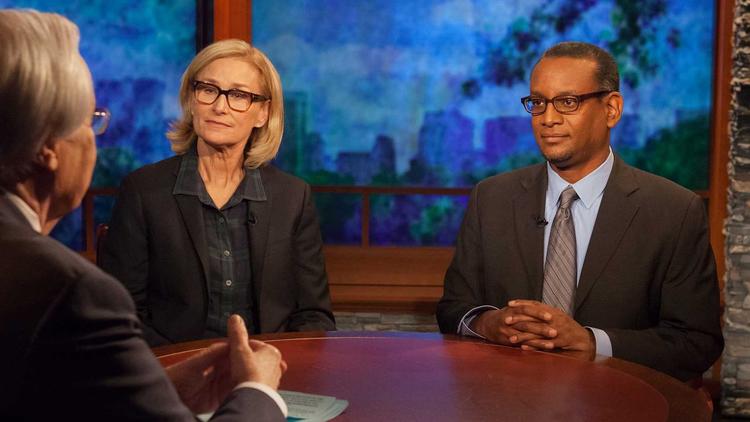 The blurb for the show from BillMoyers.com:

Vicki Divoll and Vincent Warren on Drones and Democracy
February 1, 2013

Bill explores the moral and legal implications of using drones to target our enemies — both foreign and American — as well as other intelligence issues with Vicki Divoll, a former general counsel to the Senate Select Committee on Intelligence and former deputy legal adviser to the C.I.A.’s Counterterrorism Center, and Vincent Warren, Executive Director of the Center for Constitutional Rights.