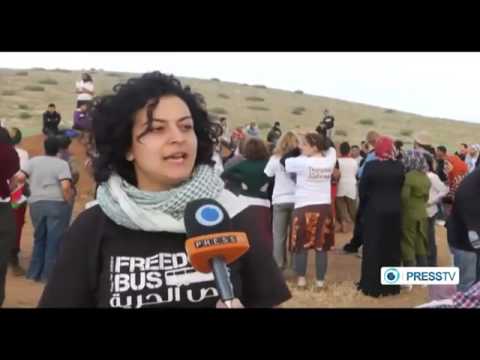 Palestinians staged a protest march on Wednesday to protest Israeli denial to their villages of their water rights. Israelis now take 80% of the water from the Palestinian West Bank and each Israeli gets far more water per day than each Palestinian.

The Israelis coerce the Palestine authorities into arrangements whereby Israeli squatters get the lion’s share of water.

Diminishing the rights of an Occupied population to basic staples like water is a stark contravention of the 1949 Geneva Conventions.