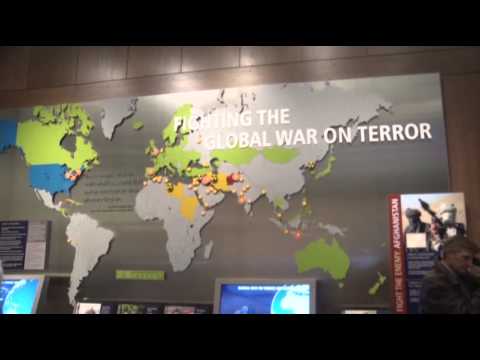 It is a well-known syndrome in alcoholic and/or abusive families that the child runs to the abusive parent, and makes excuses for him or her. In fact there are a whole set of syndromes afflicting the poor adults who lived through that horror as children.

The fawning interviews attending the opening of the George W. Bush presidential library, for the least bookish of all our presidents, struck me as having a lot of resemblance to those syndromes. America has a problem holding its high elected officials to account. A republic as the founding generation envisaged it is a collective of equals. We have no king, no one who is above the law. Some of us serve the public through elective office for a while. If we do it honorably we get thanks. If we do it dishonorably, we should be tried for our crimes or at the very least suffer opprobrium in polite society. The emergence of the imperial presidency in the twentieth century and until now is an affront to those republican values, a descent into empire and monarchy and lack of accountability. For ex-presidents everything is forgiven over time. We named the airport in our national capital for a man who sold weapons stolen from Pentagon warehouses to Ayatollah Khomeini at at time the latter was on a terror watch list, and used the black money thus gained to support right wing death squads in Central America. We let a war criminal pronounce himself comfortable with his crimes against humanity.

1. Adult constituents of abusive ex-presidents lie when it would be just as easy to tell the truth. They have to constantly make excuses for the criminal behavior of their ex-president. For instance, it is often alleged that all international intelligence agencies agreed with the Bush administration that Iraq had ‘weapons mass destruction.’ But the French did not, and the Germans had serious questions. It is not true, just a lie that we are forced to tell in order to protect an war-addicted president. Likewise, they often maintain that WMD actually was found in Iraq (wrong) or that it was moved to Syria (not true) or that Saddam Hussein was tied to al-Qaeda (false). Or they may downplay the number of Iraqis killed as a result of the illegal US invasion. Or they may say that waterboarding and stress positions are not torture and that ‘the US does not torture.’

Some supporters of a criminal ex-president become controlling and need everything to be in order all the time, suffering from anxiety and perfectionism. They have a compulsion to bust unions to prevent strikes, and to send troops to places like Iran and Syria, to put them in order, or to insist on enormous military budgets several times larger than any other country in the world.

Others become highly irresponsible party animals, insisting that the rich be exempted from taxes, opposing all gun control, arguing for further deregulation of banks, spoiling the environment, abusing minorities, and becoming addicted to Fox Cable News.

3. Adult constituents of abusive ex-presidents are supremely loyal, even in the face of evidence that the loyalty is undeserved.

They are used to dealing with a habitual offender. They take care of him, and are told ‘it wasn’t his fault’ or ‘he didn’t really mean it.’ They have such lowered expectations for their politicians that they will vote for the Tea Party or Michelle Bachmann. They often end up in an unhealthy relationship with another abusive politician.

4. Adult constituents of abusive ex-presidents have difficulty completing political projects. They were used to being interrupted constantly by the abuser during his administration. They might have been balancing the budget in 1999 but when the abuser showed up they’d have to cut taxes so deeply on the rich and devote so many trillions to foreign military adventures that they’d just forget about the health of the budget. Afterward, they might take up gun registration reform but then just abandon it in the middle. Since they weren’t accustomed to successful follow-through, they became chronically flaky.

5. Adult constituents of abusive ex-presidents have difficulty with intimate political relationships. Since their previous president constantly lied to them in order to trick them into supporting illegal wars, they develop a deep distrust of others. Having learned that politicians are not trustworthy, they think a subsequent president wasn’t really born in America, or that universal health care involves death panels, or that scientists are lying about global warming or that the United Nations is not really a collective seeking world peace but a sinister conspiracy with Blackhawk helicopters positioned in Montana.

6. Adult constituents of abusive ex-presidents have to guess at what normal behavior is. Having been lied to, sent to war under false pretexts, and told that regulating banks or polluting industries is wrong, they do not have any idea what normal political life is like. They occasionally get glimpses of it on MSNBC on television, or when they visit their friends (if they have any) who vote for the Democratic Party, or just by guessing at what normal politics might be like.

7. Adult constituents of abusive ex-presidents have difficulty having fun. Having been constantly traumatized by being told they are in a war on terror, a war on drugs, and several actual wars, adult followers of abusive ex-presidents don’t know how to enjoy life. They don’t know how to look forward to the prospect that by 2015 the US will not be at war for the first time in 14 years. They cannot enjoy video games, which they blame for gun violence, or television, which they see as immoral and basically gay, or Comedy Central shows like the Daily Show and the Colbert Report, which they see as part of a liberal conspiracy.

8. Adult constituents of abusive ex-presidents take themselves very seriously. Because they were told that other people hate their values and they are the indispensable nation that must intervene everywhere in the world, they cannot ever lighten up. They are holding up the world, which if left to the effeminate Europeans, dictatorial Chinese or violent Muslims, would go to hell in a hand basket.

9. Adult constituents of abusive ex-presidents overreact to changes over which they have no control. They obsess 24/7 over any act of terrorism not committed by white supremacists. They grew up with an unpredictable president who might invade a new country any time, producing anxiety.

10. Adult constituents of abusive ex-president are impulsive. They tend to commit themselves to a course of action without giving serious consideration to other possibilities or to what might happen if they act this way. They’ll suddenly start maintaining that raped women cannot get pregnant or that the 17,000 women a year who become pregnant as a result of rape don’t exist or don’t matter. They cannot imagine that this stance might cause them to lose political elections. Then they beat themselves up for being the party of stupid or they say “we’ve had enough Bushes’ because of their self-loathing.