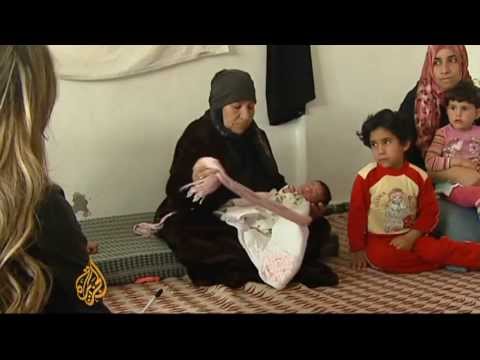 Jordan has received about 600,000 Syrian refugees from the civil war raging in the latter country. It has now been constrained to open a second refugee camp at Marajid al-Fuhud, paid for by the United Arab Emirates and run by the Red Crescent (the Middle Eastern version of Red Cross).

One piece of good news: about 4,000 Syrians have recently returned to their country, some 80% of them to opposition-held areas in and around Deraa.

Some Jordanian members of parliament have advocated sending the refugees to Qatar, blaming the Gulf state for supporting the rebels in Syria.

World pledges of aid have been limited compared to past such crises and many pledges are not actually honored or are sent with glacial slowness.