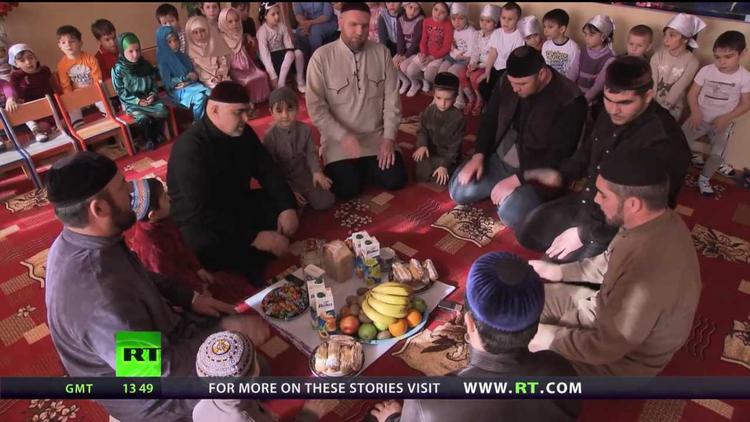 Here are some videos for Saturday viewing that give a sense of the recent tragic history of Chechnya and of Russian policy toward it today.

Also for print sources, see this brief history of Daghestan and Chechnya from the Smithsonian Magazine.

A reader sent in this insightful comment yesterday, which I’m moving up here:

… Another important thing to realize is the diversity of the religious Muslims in Chechnya and Dagestan. You have the radical Salafis, but also a rich tradition of Sufism, particularly of the Qadiri and Naqshbandi orders in both places. The former mufti there supported the first rebellion which briefly earned Chechnya independence [in 1990s]. That was a struggle for their rights and to have their own state, it wasn’t for Islamic fundamentalism.

The mufti changed his position during the second rebellion [began 1999] when foreign “mujahideen” fighters flooded the country. He was assassinated via a bomb by the extremists. A leading sheikh in Dagestan was killed a suicide bomber in August as well. A lot of Muslims in Chechnya and Dagestan are active in trying to stop the extremists. They face prejudice from the Arabs that go there to fight. This is part of what makes this situation sad. I hope my fellow Americans don’t start attacking Chechens. As the uncle said Chechens really do have a peaceful culture.”

I know this Russia Today report on how nice Grozny is now is propagandistic, but I try to look at an issue from various points of view, and this is the government one. And, it has the virtue of giving a sense of what Grozny is physically like as a city nowadays. The report isn’t very different on the substance than a similar, shorter Aljazeera documentary from a couple of years ago, which lays more emphasis on the lack of human rights.

For how the radicals haven’t been completely defeated (though they have mostly), here is a video of Salafi Chechen young men using paintball to shoot at women they consider to be dressed too daringly. The video is accompanied by an article in The Daily Beast on how the Kadyrev government may be contributing to continued radicalization of Chechen youth.

For the human rights issues, here is a Human Rights Watch report from a few years ago addressing unresolved issues growing out of the two brutal wars of the 1990s, into the early twenty-first century:

And here is a documentary on Youtube (don’t know its ultimate origin) about Russia’s dirty war against separatists.