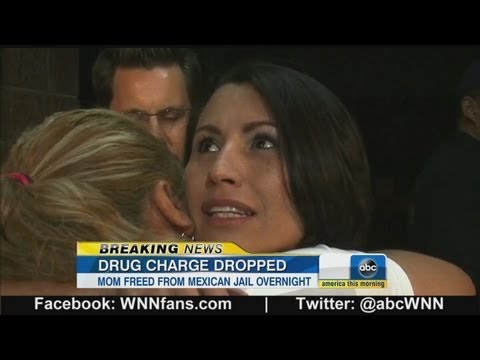 The release of Yanira Maldonado from a Mexican jail after an apparent attempt to frame her for marijuana trafficking underlines the need to end the disastrous “war on drugs” and to legalize marijuana. Maldonado only escaped a very unpleasant fate because she happened to be exonerated by a surveillance video showing her boarding a bus visibly lacking in 6 kilos of pot.

Over 600,000 Americans are arrested every year on marijuana offenses, and those arrests, jailings and court sentences cost more than $10 billion every year. Roughly 50,000 people are in jail for marijuana offenses, costing another $1 billion a year. More Americans are now arrested for marijuana than for all violent crimes combined. Wouldn’t we have less crime if police were freed to go after, like, actual criminals?

All this is not to mention the ways in which the system produces injustice and corruption. Ms. Maldonado wouldn’t be the first person falsely accused by someone hoping to get a bribe or to pass blame to someone else.