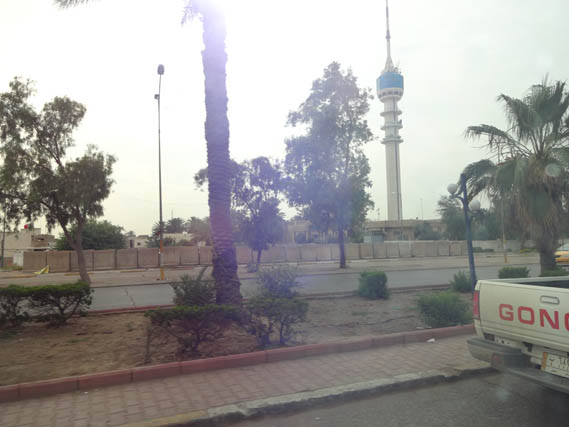 Here are photos from my trip to Baghdad last week, to attend the 3rd International Conference on Translation, sponsored by the Ministry of Culture. There were about 100 scholars in attendance, from all over the world. American colleagues who belong to the Middle East Studies Association included Mark Levine, Elliot Colla and Nabil al-Tikriti, along with a number of others in other fields.

We also visited the Independent Iraqi Film Institute, addressed the Baghdad University Department of History (in Arabic), and visited what’s left of the Iraqi National Archives.

The archives staff told us that there had been roughly 1600 files on Iraq during the Ottoman period (1534-1918), but they were stored in an annex that was hit by a US bomb in the 2003 “shock and awe” campaign. All but 300 of the files burned. The documents on the British (1918-1932) and monarchy (1932-1958) periods survived (in contrast to what had earlier been reported). But the government documents from the eras of Abdul Karim Qasim (1958-1963) and the Arif brothers (until the 1968 Baath coup) appear also to have been stored in the annex, and almost nothing survives from the 1960s.

Hearing the reality from the archivists was like a kick in the gut. Ottoman Iraq is an important part of world history, about which very little has been written. Now there is so much we will never know, which we could have if uncultured barbarians like George W. Bush and Donald Rumsfeld had not wreaked their havoc on that country. On the other hand, I was relieved to find that earlier rumors that all of twentieth century Iraqi historical documentation burned up in the same annex were not true. I once spoke of what the Bush administration did to Iraq as “Cliocide,” the destruction of the documentary history of a country. Turns out, it was just a partial Cliocide, sort of like a partial genocide.

At Baghdad University, the scholars were very interested in contemporary theories and practices of history in the United States. It was such a pleasure to have an intellectual exchange at that level, after the less edifying Iraqi-American interactions of the past few decades.

The conference held by the Ministry of Culture included some cultural performances (folk dancing and a classical music concert by the Baghdad Symphony Orchestra), and they bused us to some great restaurants, two of them on the Tigris in parks with carnival rides. Despite the real problems of security, Iraqis do go out at night, and I saw cafes open late in the upscale Karrada district.

Iraqis I met outside the context of the conference said that security was relatively good in the Shiite south and in Shiite neighborhoods of Baghdad, but not so in Sunni areas.

One young man said he did not follow news of political violence because he did not want to become discouraged and begin contemplating emigrating, as many of his friends had.

On my last day in town, last Friday, I and some others visited Mutannabi Street, the picturesque quarter of booksellers and art galleries. We came upon a small youth rally against sectarian divisions and in favor of Iraqi national unity, a video of which I will post. 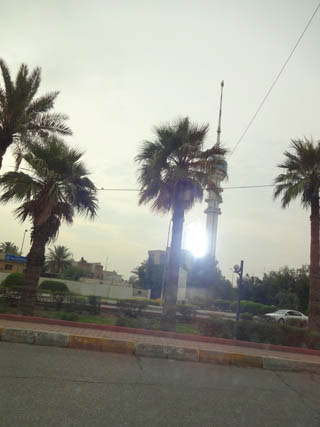