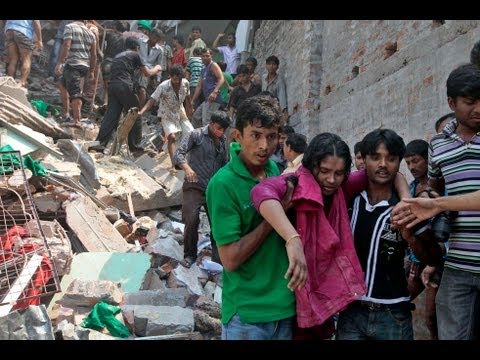 As deaths in the Bangladesh textile factory fire mount to over 400, on May Day workers demand they be afforded as many legal protections as the products they make. Amy Goodman’s Democracy Now! Reports:

“Dozens of Bangladeshi garment workers, their bodies too battered or decomposed to be identified, were buried in a mass funeral Wednesday, a week after the eight-storey building they worked in toppled down, killing at least 410 people and injuring thousands.”