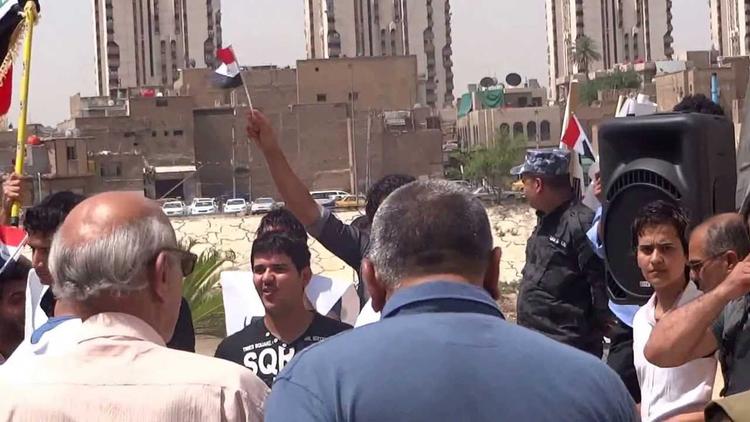 During my trip to Iraq last week, I visited Mutanabbi Street, a district of bookstores, handicrafts, and cultural centers, on Friday morning. I kept bumping into people I knew, including historians from Baghdad University.

At the bottom of the street at a square abutting the Tigris, in front of the statue of the great medieval poet al-Mutanabbi, I was surprised to discover a youth rally going on.

Iraqi youth were demonstrating against sectarian divisions, insisting on Iraqi unity, and saying they are all Kurds, all Sunnis, all Shi’ites, all Izidis, all Sabeans (May 10, 2013). Some were wearing t-shirts, each with the name of an Iraqi ethnic or religious group on it, to celebrate the diversity of the country even as they insisted on its unity.

We have heard a lot about sectarian divisions in Iraq, which certainly are an important part of the political landscape. But the idealism of the youth, and their rallies against ethnic hatreds, is seldom reported on.

And here they are chanting: