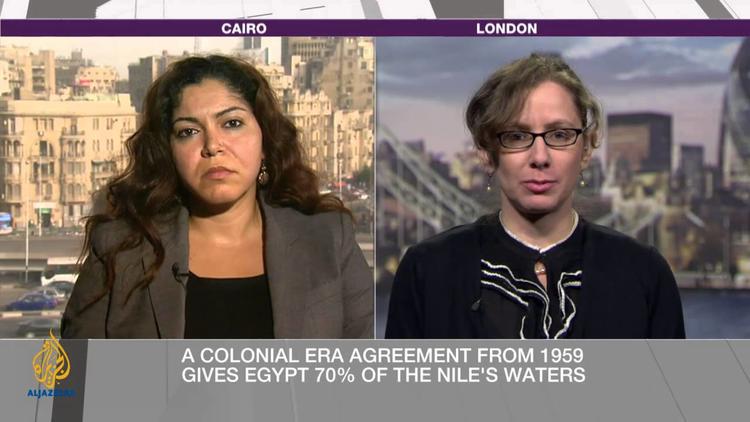 The Ethiopian government’s unilateral and high-handed decision to build an enormous dam on the Blue Nile has thrown Egypt into a state of high anxiety. Egyptians already suffer from too little water (700 cubic meters/ yr vs. about 1,000 cubic meters average in rest of world). Water shortages were among the impetuses to rural populations to join in the 2011 revolution against dictator Hosni Mubarak.

The Ethiopian decision contravenes an earlier agreement among the 11 nations through which the Blue and White Nile rivers flow.

Retired officers have been quick to throw cold water on the idea of an Egyptian military response, pointing to the powerful international supporters of the dam, including China and Italy [some Egyptian source also allege Israeli involvement but this has been disputed]. It would be naive, however, to imagine that the step will not raise tensions between the two countries.

Ethiopia has enormous wind and solar energy potential, and does not need to dam the Nile to get electricity.

One of the side effects of American corporate actors such as the Koch brothers and Exxon-Mobil impeding the adoption of wind and solar in the United States is a Himalayan opportunity cost. If the US had gone in for alternatives in the 1990s on the scale the climate change crisis calls for, wind turbines and solar panels would be much cheaper than they are now (as it is their cost has fallen precipitously). Dangerous dam-building of the sort in which Ethiopia is engaged could then have been avoided.

US Big Oil is making our world more dangerous on a whole range of levels, not least of which is delaying the needed world energy revolution.

Egypt will not only increasingly face a crisis of fresh water, but it along with Bangladesh is among the two countries most threatened by rising sea levels, since the Nile Delta is close to sea level and will likely be inundated by the Mediterranean over the next century. Tens of millions of Egyptians could be displaced by these two environmental catastrophes.