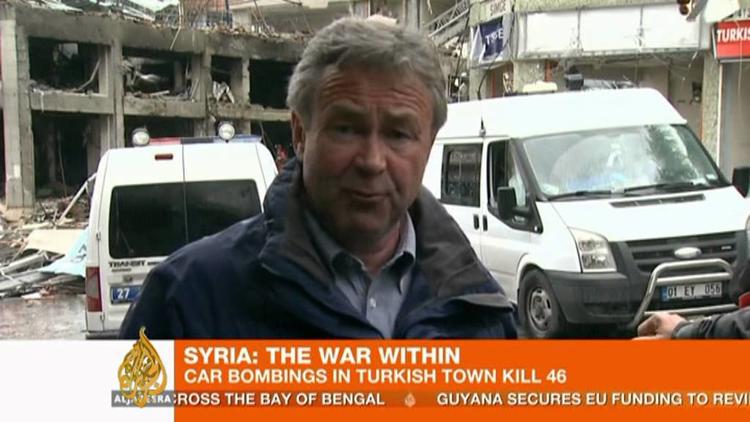 Turkey has charged that an extreme left group with ties to Syrian secret police was responsible for the twin bombings in the border town of Reyhanli on Saturday, which killed 49 and wounded over 100. This attack has shaken the Turkish public, and is the most dramatic spillover yet of the attempted revolution in Syria on Turkey, aside from the fleeing of 300,000 Syrian refugees to that country. Anger against Syrians was strong in Reyhanli in the aftermath, forcing many to hide in their homes, even though the first suspects arrested were Turkish nationals and even though 3 of those killed were Syrians. Prime Minister Tayyip Erdogan cautioned against vigilante reprisals against Syrians. 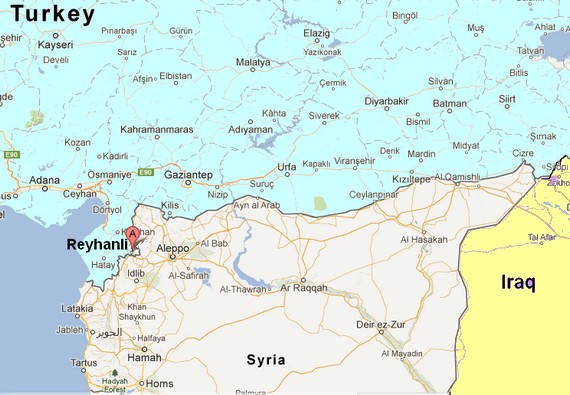 Turkey’s government has called for Syrian President Bashar al-Assad to step down, after he ordered massacres that amount to widespread crimes against humanity. Turkey has also allowed its territory to be used to supply the Syrian revolutionaries with light weapons bought by its supporters among the billionaire fundamentalists of the Gulf and, allegedly, the government of Qatar.

Prime Minister Erdogan said that the Syrian regime was attempting to draw Turkey into a bloody quagmire, and that his government had no intention of falling for this ruse. (One exit for the Syrian regime in Damascus from its current troubles would be to tag the opposition as stooges of foreign, non-Arab powers like Turkey and Israel, as a way of rallying Syrians behind the Damascus government).

The ruling Justice and Development Party (AKP), which has a slight Muslim religious tinge, was slammed by the secular Republican People’s Party (CHP) for having brought the bombings on Turkey with its interventionist policies against the Baath (Arab socialist nationalist) government of Syria. Prime Minister Erdogan rejected the charge that his Muslim commitments had dictated Syrian policy, insisting that it is not in Turkey’s interest to maintain neutrality in the face of Damascus’s crimes against humanity in its brutal repression of the popular uprising against the regime. (Many of the revolutionaries in Syria are Sunni Muslim, the same branch of Islam to which Erdogan and his supporters belong, while the Shiite Alawis, the Christians, and other religious minorities, along with some Sunni non-Arab Kurds either support the Syrian regime or are neutral toward it and afraid of the more radical Sunni Muslims who have come to the fore in the fighting in the north, especially the Nusra Front).