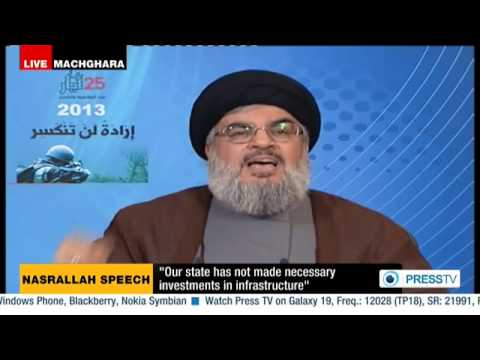 Four persons were wounded by GRAD rockets that fell in south-western Beirut, a Hizbullah stronghold, on Sunday. The strikes come a day after the head of Hizbullah pledged to continue fighting for the al-Assad regime in Syria.

Most Sunni Muslims in Lebanon support the rebels against the Baath government, and so are annoyed with Hizbullah for its stance.

Part of that speech is translated here: