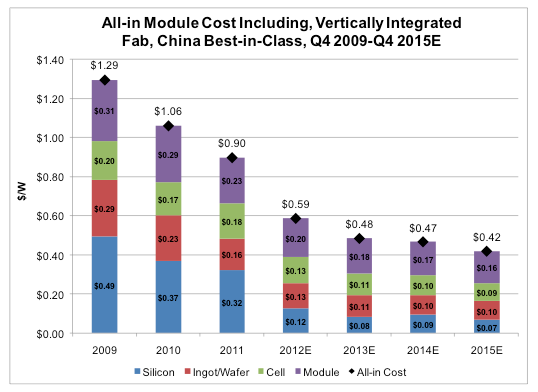 Rob Wile uses a graph to point out the obvious, the dramatic fall in the cost of solar power generation. In many countries– Italy, Spain, Germany, Portugal — and in parts of the US such as the Southwest, solar is at grid parity. That means it is as inexpensive to build a solar plant as a gas or coal one. The pace of technological innovation in the solar field has also accelerated, so that costs have started falling precipitously and efficiency is rapidly increasing. By 2015, solar panels should have fallen to 42 cents per watt. Reneweconomy.com says that the best Chinese solar panels fell in cost by 50% between 2009 and 2012. That incredible achievement is what has driven so many solar companies bankrupt– if you have the older technology, your panels are suddenly expensive and you can’t compete. It is like no one wants a 4 year old computer. Conservatives shed no tears when better computers drive slower ones out of the market, but point to solar companies’ shake-out as somehow bad or unnatural. No wonder US solar installations jumped 76% in 2012. The reductions in cost over the next two years are expected to continue, at a slowing but still impressive 30% rate:

Construction has begun on the world’s largest solar plant. MidAmerican Solar and SunPower Corp. are building a 579 megawatt installation, the Antelope Valley Solar Project, in Kern and Los Angeles counties in California. That is half a gigawatt, just enormous. It will provide electricity to 400,000 homes in the state (roughly 2 million people?), and reduce carbon dioxide emissions by 775,000 tons a year. The US emits 5 billion metric tons a year of C02, second only to China, and forms a big part of the world’s carbon problem all by itself. We just need lots more of the Antelope Valley projects.

Important new research also shows that hybrid plants that have both solar panels and wind turbines dramatically increase efficiency and help with integration into the electrical grid. Earlier concerns that the turbines would cast shadows and so detract from the efficiency of the solar panels appear to have been overblown. Because in most places in the US there is more sun in the summer and more wind in the winter, a combined plant keeps the electricity feeding into the grid at a more constant rate all year round, which is more desirable than big spikes and fall-offs.

That Germany, then China, then the US are the world’s largest solar markets is no surprise. But that number 17 Japan will increase its solar installations by 120% in 2013 and so may be the second hottest solar market, just after China, this year, would mark a big change. Japan may well have 5 gigawatts of solar installed by the end of this year, even though the relatively new prime minister, Shinzo Abe, is no particular friend of the renewables. In my own view, if Japan made the right governmental and private investments, it could overtake China in the solar field and reverse its long post-bubble stagnation. 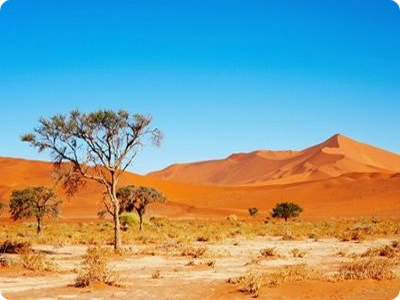 ABB has been commissioned a large solar electricity generating plant on the edge of the Kalahari Desert near Cape Town, South Africa. It will supply the electricity needs of around 40,000 persons and reduce annual emissions by 50,000 tons of carbon dioxide. South Africa emits 500 million tons of carbon dioxide annually, and is third in the world for per capita emissions. (Still, it only emits a 10th as much over-all as the US). But they just need a thousand more plants like the Kalahari one, and voila! South Africa is also imposing a carbon tax, which will hurry things along. (At the moment, South Africa is far too dependent on dirty coal plants, which not only fuel climate change but also spew deadly toxins such as mercury into the atmosphere, whence it goes into human beings.

Because of South African and Israeli demand in particular, demand for solar panels in the Middle East and Africa has risen over 600% during the past year. Saudi Arabia’s announced plans to save its petroleum for export by going solar at home will add a great deal to regional demand if it sticks to those plans. (In most countries, petroleum isn’t used much for electricity generation as opposed to transportation, but in oil states such as Saudi Arabia it often is used in power plants; but that cuts down on foreign exchange earnings.)

The two Indian states of Gujarat and Rajasthan are emerging as the solar giants in India, with each having now passed half a gigawatt in solar electricity generation capacity. The two account for some 88% of all of India’s solar power. But Rajasthan may soon outstrip Gujarat, given the state’s solar-friendly commitments, its ample amounts of scorching sunlight, and its vast deserts. 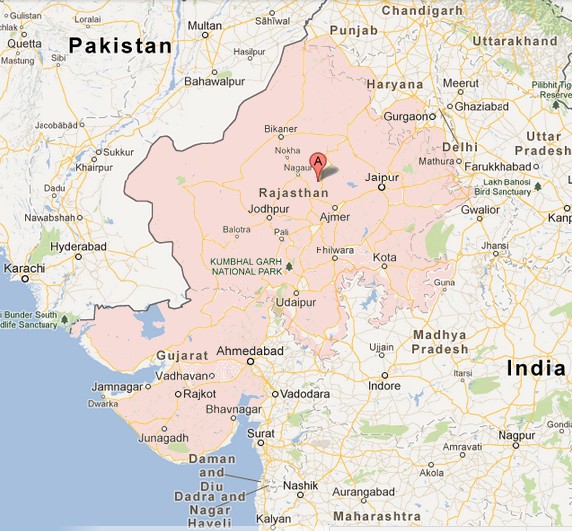