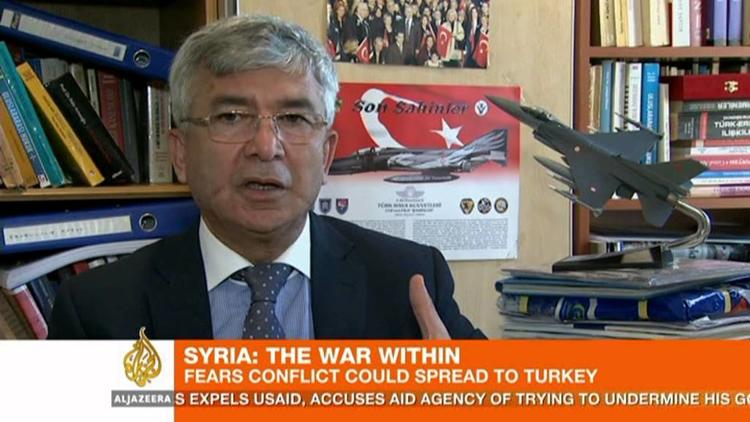 Turkey is strategizing how to limit the impact of the Syria war on Turkey. Ankara is particularly concerned by the emergence of a relatively autonomous Kurdish area in northern Syria, fearing that PKK guerrillas might find refuge there. Turkey is also deeply worried about chemical weapons falling into hands of various sorts of guerrillas. Turkey would like the conflict to end sooner rather than later.

Israel’s government is also increasingly worried about the impact of Syria’s crisis on that country, and is particularly concerned that Syria’s chemical weapons might fall into the hands of the Shiite Hizbullah party-militia or into those of radical Sunnis.

Then there is the bombshell that Hizbullah dropped this week, that it is increasingly involved in fighting around Qusayr in Syria.

Hizbullah’s military role in Syria has been denounced by the Lebanese Sunnis. Christian leaders have for the most part called for the Lebanese army to patrol the border and try to keep the conflict in Syria from spilling over onto Lebanon. I.e., they are also critical of Hizbullah’s activities.