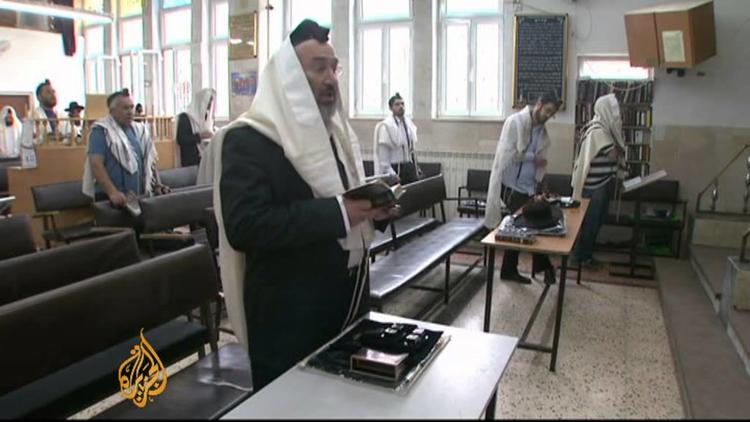 Israeli Finance Minister Yair Lapid, leader of the centrist, secular Yesh Atid party, has threatened to withdraw from the government of Prime Minister Binyamin Netanyahu unless a proposed bill is passed into law that would conscript most young men from the Haredi or Ultra-Orthodox community into the Israeli army. Many in the far right wing Likud Party are reluctant to takes this step.

In parliamentary systems such as that of Israel, the prime minister has to step down if he can’t maintain 51% support in parliament, so Lapid’s threat is credible and might actually end Netanyahu’s rule. Since Netanyahu’s government backs grabbing more Palestinian land on the West Bank and furiously resists a genuine peace process, for his government to fall would perhaps allow a genuine peace process to be pursued.

The Haredim, who devote themselves to studying the Bible, were a small group at Israel’s founding and were given an exemption from serving in the military. Now, they are some 8 percent of Israelis. Lapid is willing to see 1800 Torah scholars a year given exemptions, but not the current tens of thousands.

The Haredim are for the most part not Zionists, insofar as they reject the creation of a secular state by dint of purely human effort. They do not want to assimilate to Israel’s secular norms.

A couple of weeks ago, tens of thousands of Haredim protested in Tel Aviv against the plans to make their young men serve in the military.

Euronews reported at the time:

What is odd is that American television news mostly ignored the huge Haredi protest. American news endangers us by declining to cover important subjects about the rest of the world.

The Ultra Orthodox also feel persecuted for their belief in gender segregation and reducing women’s role in the public sphere. The USG Open Source Center translates from Arutz Sheva:

“Attorney General Yehuda Weinstein has ordered stronger measures to prevent what is termed the ‘exclusion of women in public places, and was rewarded with kudos from Minister Limor Livnat, among others.” “The attorney general is making a grave mistake. This has to be said loudly and clearly. He has not differentiated between the honor of women” an important issue a” and female modesty, a civil right and religious requirement of anyone, male or female, who believes in the G-d of Israel or in other religions, for that matter.” “The haredi community now feels it is a community being persecuted for its faith by the powers-that-be. The community is now barricading itself from the outside world even more than before, and any progress in the gradual mingling of the haredi sector into Israeli society and the IDF is in danger of disappearing. Voices calling for a complete cut off from Israeli society will increase in volume” and after the attorney general’s decisions, they will be in the right.”