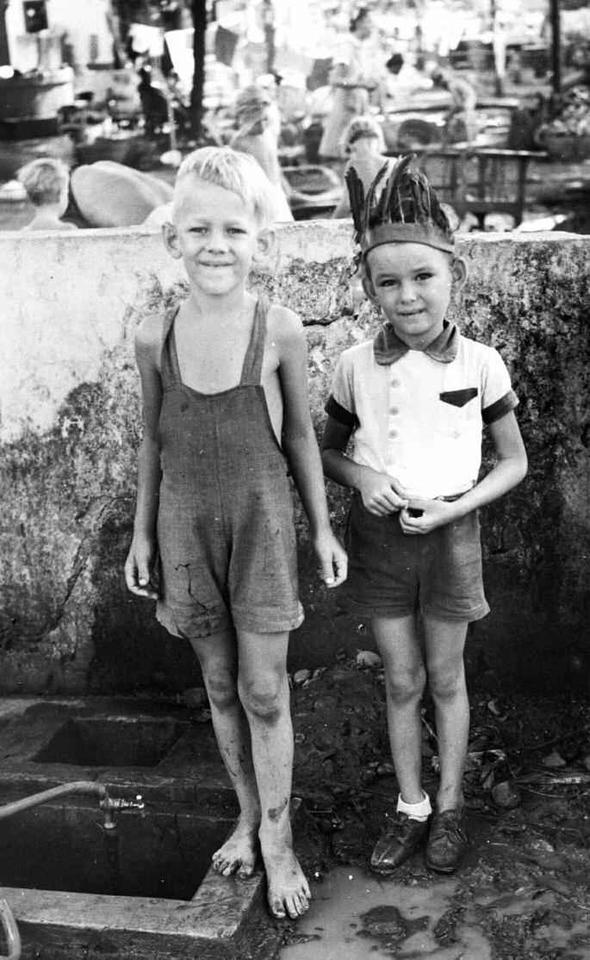 Anne-Ruth Wertheim writes in a guest column for Informed Comment

On 31 January 2013 Mohamed Rabbae stated on www.Joop.nl that far right wing politician Geert Wilders is not looking for solutions to what he calls ‘The Moroccan Problem’ in the Dutch Parliament. He is looking for allies to keep successful Moroccans out of politics, management and all the other positions in society. He is not interested in integrating all those up and coming Moroccan talents in the worlds of film, music, comedy, architecture, sports, politics, medicine, literature, journalism, law and ICT, he is interested in seeing them leave.

This reasoning of Mohamed Rabbae, a highly esteemed Dutch politician of Moroccan descent, is after my own heart. Most people view racism as disdain for dark-skinned people. Barely anyone is paying attention to the racism Rabbae was referring to, competition racism. In Europe, however, it is increasingly showing its gruesome face under the guise of Islamophobia. The driving force behind racism is economics and the shape it assumes mainly has to do with the kind of work people do. But the discussion gets bogged down in empathetic platitudes. Like racism is timeless. Or birds of a feather feel safer together. Or whatever is strange is repellent. Or worse, it is the victims who are to blame! Happily enough racist is still a curse word.

My father, sociologist W. F. Wertheim, distinguished two types of racism in the former Dutch East Indies, exploitation racism and competition racism. My parents had moved there because it was the Depression and there was unemployment in the Netherlands. He saw the immense difference between the positions of the Indonesian majority and the minority of Chinese merchants who had been there for hundreds of years. He compared the Chinese to the Jews in pre-World War Two Europe, whose position he was all too familiar with.

That was the colonial world where my life began, surrounded by subservient Indonesian servants. Every morning I would watch my mother giving orders at the breakfast table to our kokkie, squatting beside her on the ground. My world view was simple. We whites were on top, and everyone with even the slightest bit of skin colour was below us. That went on till my world view turned upside down when I was seven. The Japanese occupied the Dutch East Indies, locked us up in camps with all the other whites, and had Indonesians guard us from bamboo towers with their machineguns at the ready, day and night. Not that escaping would have been easy, since outside the camp the colour of our skin would have given us away in the midst of the Indonesians, Chinese, Japanese and those Indo-Europeans who were not imprisoned with the Europeans. We were hungry, even we children had to do hard, dirty jobs and we were kept in line by violent punishments everyone had to witness. 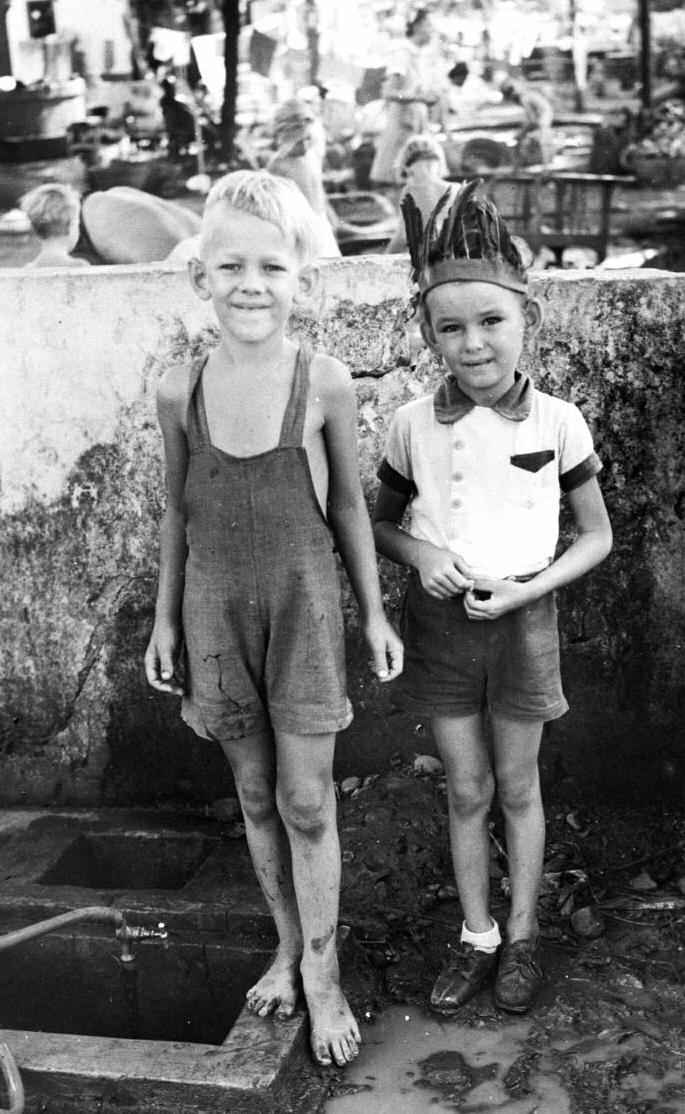 [Dutch children in Japanese internment camp, in what is now Indonesia, during WW II courtesy Histclo]

My world view became even more confused when the Japanese were encouraged by Nazi Germany to separate Jews from the other inmates. It wasn’t my mother who was Jewish but my father, who was in the men’s camp. When the Japanese threatened to take away her half-Jewish children and transport us to the Jewish camp, my mother said she was Jewish so she could come with us. After the war, we found out that in Europe almost all my father’s relatives had been murdered and my grandparents committed suicide the day the Netherlands capitulated to Germany. So by the time I arrived in the Netherlands at the age of eleven, I had already experienced various faces of racism. It was not until much later that I followed my father’s footsteps and examined my confusing experiences. I have tried to summarize the essence of my findings in the chart below.

The central point is the economic position of the targets of racism. The victims of exploitation racism do heavy manual labour under wretched conditions. By presenting them as too stupid and lazy for any other kind of work, the people in power justify their exploitation, “those people wouldn’t want it any other way.” If and when they resist, the instigators are physically punished in public to keep the rest in check. These workers are usually spared mass violence, since they have to be kept in good enough shape to do the dirty, hard labour.

Competition racism is all about minorities who have to compete with the established population. To start with, there are mercantile minorities that serve certain functions in trade and commerce all across the globe. It is not uncommon for their centuries of life in a country to end with expulsion or extermination. In 1972 dictator Idi Amin, willingly backed by his people, drove all the Indians and Pakistanis out of Uganda. And in 1996-1999, the final stage of the Suharto regime in Indonesia was marked by horrifying pogroms against the Chinese. Competition racism invariably plays a role in cases of ethnic purification, and elements of it were also in evidence in the Holocaust. I read in the daily newspaper Trouw on 3 April 2013 that in the past few weeks, Buddhists have been murdering Muslims in Burma, and largely because they were doing such good business.

The prejudices preceding violent outbursts of this kind are virtually the opposite of stupid and lazy. The public mind set is not readied for exploitation, but for exclusion. The group is accused of being sly and untrustworthy, striving to rule the world and believing in a sinister religion. And there is the eternally recurring allegation that they are pawns of foreign powers. The Jews were accomplices of the Elders of Zion and the Chinese obedient servants of (Communist) China. When Ahmed Aboutaleb was about to be appointed Mayor of Rotterdam, his loyalty was questioned and he was accused of being a dual national.

This brings me to the position of immigrants in the Netherlands. The chart below reveals an interesting shift over the time. Guest workers of the past were a target of exploitation racism, too stupid to learn Dutch because they came from primitive mountainous regions. As long as they knew their place, it was fine for them to do the work the established population felt was too poorly paid or too unpleasant. But step by step, their descendants are qualified for all the work there is. So they are increasingly formidable rivals, especially with a recession going on. 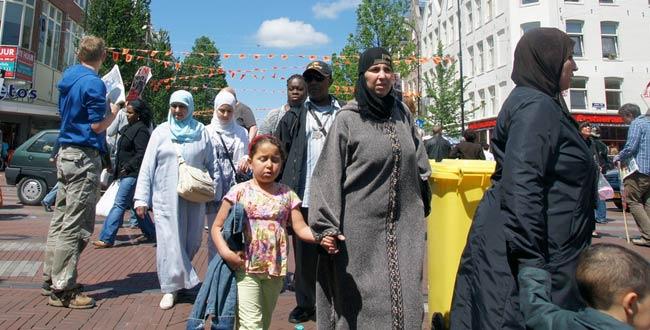 The core of the capitalist ideology consists of a sanctification of rivalry combined with a strong jealousy taboo. It is this combination more than anything else that makes the stress universal. Indoctrination is part and parcel of the whole school system and does not miss its mark. When Dutch Prime Minister Rutte called a proposed higher tax for top incomes jealousy tax, hardly anyone blinked an eye. The predominant ideology is also reflected in one after the other television show with contestants competing about the nuttiest things. Our viewing pleasure seems to have to consist of watching the rare winners’ blissful smiles in close-up, and even more so the numerous losers’ contorted grimaces as they do their best to put on a happy face. Because slight disappointment is okay but they can’t be a sore loser and jealousy is something to be ashamed of.

So admitting to jealousy of the new rivals on the labour market is the last thing anyone is about to do. It is a hundred times more profitable to simply turn the competition into a special category with an easily recognizable appearance and a dangerous culture, especially its religion. As long as people stick to the erroneous notion that racism is exclusively about hereditary traits, the emphasis on the cultural aspect is just a nice bonus: you shouldn’t call anyone a racist, they are just Islamophobic, which is more or less acceptable.

The dangers of competition racism are greatly underestimated. It is an essentially violent form of racism that can lead to fascism. And the interpretation of competition as cultural concern – as Islamophobia – is part of the political agenda of those who are interested in setting backward the members of a specific group in the hope that they will leave. Mohamed Rabbae saw this clearly.

Anne-Ruth Wertheim is a journalist and the author of various books including De gans eet het brood van de eenden op, mijn kindertijd in een Jappenkamp op Java (The Goose Snatches the Bread from the Ducks, My Childhood in a Japanese Prison Camp on Java, 1994). An Indonesian translation of the book was published in March 2008.She works with the concepts of exploitation/colonial racism (contempt or condescension) and cultural/competition racism (envy and distrust).