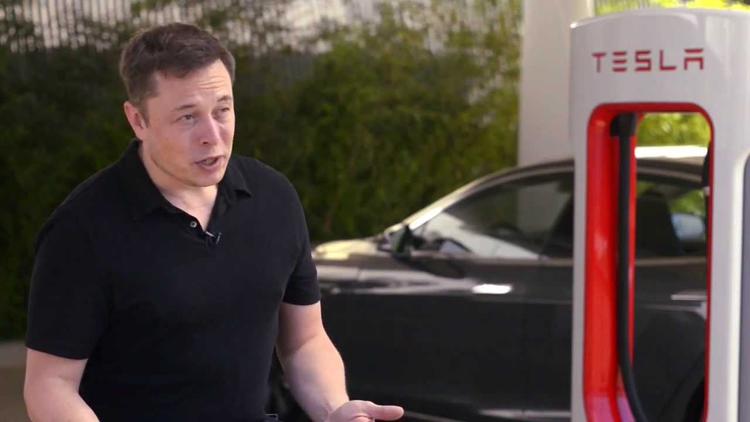 Protests at Taksim Square in Istanbul that began by opposing the privatization of a park (one of the last spots of green in that part of the city) took on a different life when they were met with a disproportionate response by police. The authorities used water canon and fired tear gas at young people doing nothing more than peacefully rallying, injuring some 100, some seriously. Tear gas canisters are dangerous if launched into crowds. The latter began demanding that the prime minister, Tayyip Erdogan, step down. Dozens of young people were injured, and dozens more were arrested. As news of the protest in Istanbul spread on social media, rallies were staged in “Ankara, Bodrum, Konya and Izmir.” On Saturday morning, a crowd of protesters crossed the bridge over the Golden Horn from Sultanahmet, coming to Taksim Square to show support for the previous day’s rally. Taksim is said now to be cordoned off, and the bridges were closed. (There are also ferries for getting across).

Photos of the events are assembled here 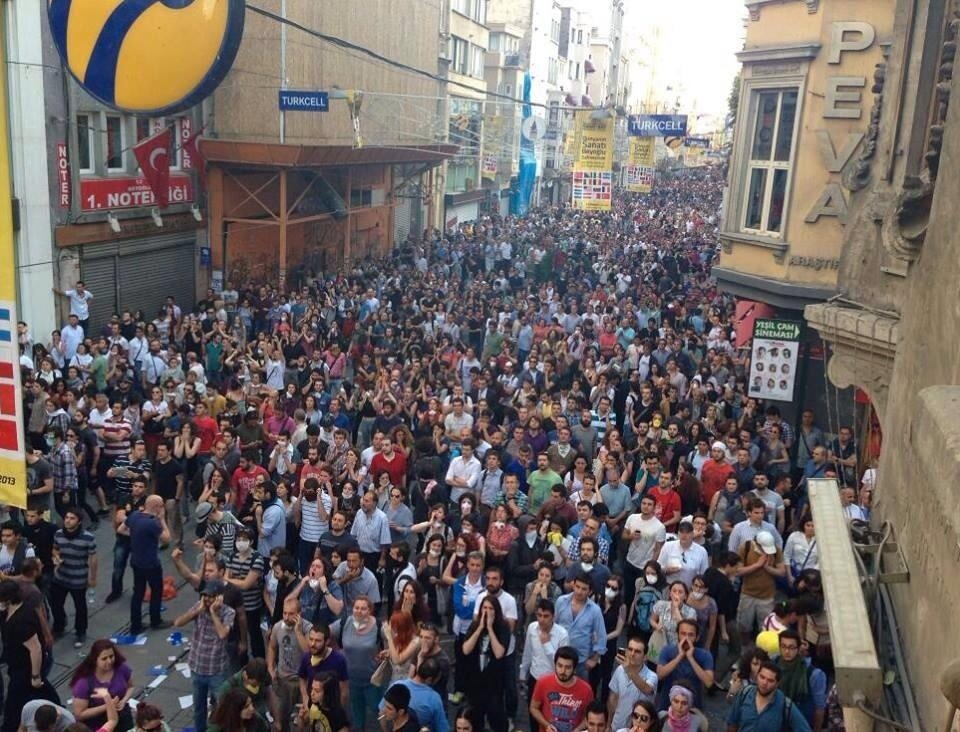 Amnesty International called for an inquiry into the disproportionate use of force by the police.

The government of Prime Minister Tayyip Erdogan was last elected in June, 2011, at which time his Justice and Development Party (AKP) received about half the votes in the country (an improvement on past performances). The elections appear to be on the up and up, and AK seems genuinely popular in the countryside and in many urban districts. The economy has grown enormously in the past decade under Erdogan’s rule, Turkey is now the world’s 17th largest economy (by nominal gdp) according to the IMF. It has been averaging 5 percent growth per year at a time when neighbors in the EU like Greece and Spain are basket cases. It has a huge tourism sector that has benefited from the troubles in Egypt, Tunisia and Lebanon. The economy will likely only grow 3% this year, but that is still a good number given Europe’s doldrums. 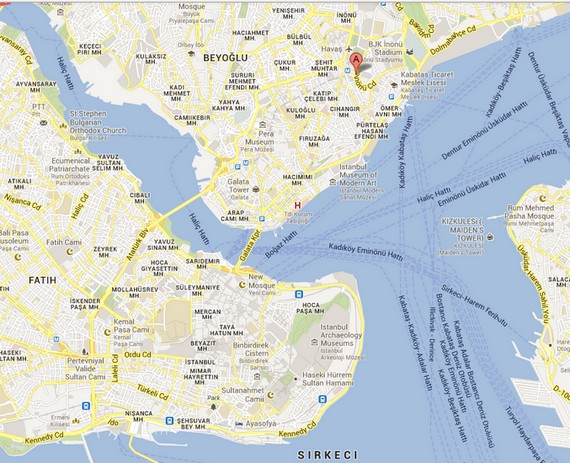 AK is a center-right party that has a slight religious tinge, and it has recently voted to restrict alcohol sales after 10 pm (alcohol is forbidden in Islam and AK views it as a public health problem rather as many Western governments look on cigarette smoking). Erdogan offended secularists by calling drinkers “alcoholics.” But this measure is among the few enacted by the AK Party that one could point to as influenced by Islam, and it is hardly Draconian, though a rather early last call.

The Justice and Development Party has also been criticized for calling for the fall of the government of Bashar al-Assad in Syria. But critics neglect to note that Erdogan repaired relations with al-Assad on becoming prime minister in 2003 and that in the 1990s the military government of Turkey had very bad relations with Syria. It was only once the Baath Party in Syria began murdering protesters in fair numbers that Erdogan decided that al-Assad would have to go. Recently leaders of the People’s Republican Party (devoted to the secular ideals of Turkey’s modern founding father, Mustafa Kemal Ataturk), Erdogan’s opposition, visited Damascus in a show of support for Bashar.

The young people protesting probably don’t care that much about either the early last call in Taksim’s bars or about the fate of Bashar al-Assad. Like all young people active in public spaces in conservative countries, they get hassled by the police. The protests were not mainly about the environment or retaining green parks but about police brutality. Turkey’s political tradition has never been particularly tolerant of dissent, and unfortunately the AKP is continuing in a tradition of crackdowns on political speech it doesn’t like. Reporters without Borders ranks the country 154 for press freedom, and it has 76 journalists in jail, and “at least 61 of those were imprisoned as a direct result of their work.” Observers are astonished to find that Saturday morning’s newspapers in Turkey are virtually silent about the protests. Editors have clearly been intimidated into keeping quiet about these events. A similar news blackout was apparently imposed after the border town of Rayhanli when it was bombed a couple of weeks ago. You can’t have a real, vibrant democracy without a free press.

My suspicion is that the protesters are leftists or the children of parents in the Republican People’s Party, who do not like Erdogan’s capitalist leanings nor his embrace of the religious Right as a prime constituency.

Although some on twitter were talking about Erdogan as a dictator and the protests as a Turkish spring, it doesn’t seem to me a good analogy. Erdogan has been repeatedly and fairly elected as prime minister. Unlike a Mubarak or a Ben Ali, he doesn’t run a police state and hasn’t blocked people economically. The protests appear to have been relatively small. The call for the fall of the government is undemocratic. If people don’t like Erdogan, they should campaign for his opponents in the next election.

On the other hand, freedom to assemble and freedom of the press were correctly thought by the American founding fathers to be key elements of democracy. By preventing peaceful assembly and deploying disproportionate force, and by an apparent imposed news blackout on the protests, the Turkish government is raising questions about how democratic the country really is.