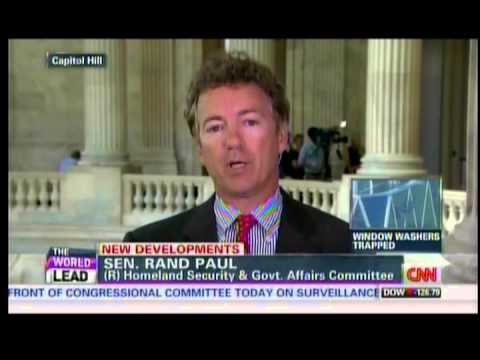 Sen. Rand Paul pushes back against the National Security Agency and its massive surveillance of telephone records, in an interview with Jake Tapper of CNN. He pledges to introduce legislation forbidding “generalized warrants,” which he believes are already unconstitutional. He also contrasted the less than truthful testimony before Congress of the Director of National Intelligence with Edward Snowden’s truth-telling.

That’s the beauty of politics– it is kaleidoscopic. I doubt we agree about much, but on the fourth amendment we’re on the same page.