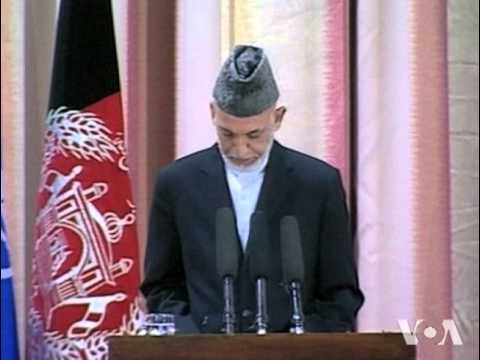 The attempt of the US State Department to open negotiations with the Taliban, who now have an office in Doha, Qatar, foundered on a series of SNAFUs on Wednesday.

First, the Taliban put up a sign at their office in Doha that implied it was the embassy of the Islamic Emirate of Afghanistan, the pre-2001 government in Kabul.

President Hamid Karzai and the members of parliament in the current government in Kabul were furious.

Then, the US announced that it would begin negotiating with the Taliban directly, whereas Karzai thought he would be in the room right from the beginning.

So Karzai and the lower house of parliament condemned the planned talks and pulled out of further negotiations. They also canceled planned discussions with the US about a mutual security treaty that would legally allow US troops to remain in country after December 31, 2014.

Secretary of State John Kerry called Karzai to apologize for what he said was a misunderstanding and Kerry then put off talks with the Taliban several days.

The willingness of the Taliban to negotiate with the US is new and surprising. One member of the Taliban said in the Afghan press that they were tired of fighting. Some think that they are in Doha to negotiate from a position of strength. I don’t think so. I think the Taliban want a place at the national table and they hope to get it through these negotiations as well as via continued military operations.

The Taliban say that all US troops must leave the country and that the government must impose an ‘Islamic State.’

Karzai now has a combined military and police force of 350,000. They are fairly well equipped and trained. But they suffer from high illiteracy rates and a 30% desertion rate, and it is not clear that they can defeat the Taliban, though they might be able to maintain the status quo. Washington hopes that they will fight and stand their ground as the US and NATO draw down.

Afghanistan faces severe challenges. Some 90% of the money in the country comes in the form of nearly $16 billion in annual foreign aid from the international community. Afghanistan’s budget is about $2 billion annually and the country simply cannot afford to pay for the massive army and police force itself. If foreign aid slips, that army lack the resources to go on fighting the Taliban.

The negotiations with the Taliban are key. But if they aren’t handled better than they were this week, we can’t expect a breakthrough any time soon.

VOA reports from a Washington point of view: