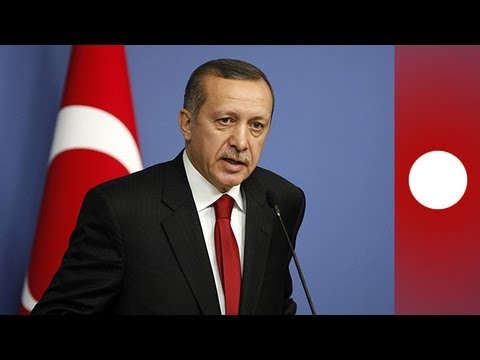 On Sunday night into Monday morning in Turkey, clashes again broke out between demonstrators and police in a number of cities, and an attempt was made to set the ruling Justice and Development Party (AKP) headquarters on fire with molotov cocktails in the Mediterranean port of Izmir. Night time barricades had been thrown up in Istanbul, and the prime minister’s provincial office in that city was put under special guard. The Interior estimated that there were protests in 67 cities.

On Sunday, the Taksim demonstrations and kindred ones across Turkey grew to be significant, amounting to tens of thousands of people. Police withdrew from Taksim Square in Istanbul, but in Akara and other cities continued to use tear gas and water cannon in ways that injured dozens of people. Some 1600 have been at least briefly detained, though most have been let go.

Prime Minister Tayyip Erdogan went on television to ridicule the charge made by many in the streets, that he is a ‘dictator.’ Erdogan’s party has consistently grown in parliament since it first won in 2002, and they gained over 50% of the vote in June of 2011.

The unrest reflects a sense among young people that Erdogan’s AK Party is invading and attempting to control public space. When I was in Istanbul last August, friends took me for a walk in the bohemia of Istiklal Street (scene of some of these demonstrations), and showed me how the sidewalk cafes and restaurants where people went to drink beer had been confined to a few side streets by the AK-dominated municipality. But I think the larger issue is a sense of police and other governmental regimentation and brutality. One Turkish youth suggested to me that the police in particular seem to have become in some cities a kind of militia for the prime minister. I can’t confirm such a thing, but the sentiment is revealing.

Some statistics from a recent poll suggest that the discontent with a moralizing nanny state is widespread. The USG Open Source Center translated Yalcin Dogan’s “Survey Finds Turks Disapprove of Alcohol Restriction, Policy on Syria” from Hurriyet Online for Sunday, June 2, 2013. It give the following polling numbers on the restriction of alcohol sales to before 10 pm.

“Those who say it is an intervention into the way of life make up 60.8 percent of the population.

Some 34.7 percent of the population consume alcoholic drinks. . . .”

Some 70.8 percent of respondents said that they think “the AKP’s (Justice and Development Party) policy on Syria is wrong…”

Even within the Ak Party, about 32 percent rejected Erdogan’s vocal support for the rebels over the Syrian government.

Erdogan is said to be thinking of adopting a French mode of a strong directly-elected presidency. Most Turks think that is a bad idea:

“The percentage of those who do not want [a presidential] system is 79.3.” Four out of five persons are against the presidential system.”

“More importantly, 65 percent of the AKP electorate are against that system. This is a very high ratio.”