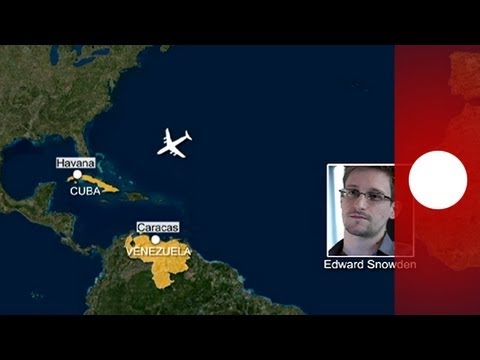 The relationship between the United States and Latin America may have just plunged to its lowest level since the 1910s and 1920s, the height of US imperialism in the area, when United Fruit and the Marines imposed themselves on the region.

Glenn Greenwald, Roberto Kaz and José Casado revealed in an article for the Brazilian newspaper “O Globo” Tuesday that the US National Security Agency has most of Latin America under intensive surveillance. A few paras haves appeared in English at the Democratic Underground, which notes:

” One aspect that stands out in the documents is that, according to them, the United States does not seem to be interested only in military affairs but also in trade secrets – “oil” in Venezuela and “energy” in Mexico, according to a listing produced NSA in the first half of this year.

And that is the money para. While it is no surprise that the US would be monitoring Colombia, e.g., to track the narco-terrorist group FARC and drug smugglers, the article says that the US goes beyond such considerations to engage in industrial espionage:

“Through it [PRISM], the NSA collected data on oil and military purchases from Venezuela, energy and narcotics from Mexico, and have mapped the movement of the Revolutionary Forces of Colombia (FARC).”

Argentinian President Cristina Fernández de Kirchner gave her country’s Independence Day address after the revelations, commemorating the 1816 event. A leftist, she was clearly disturbed that big business and private media in Argentina are sanguine about the US surveillance. She said,

“The head of state continued: “I got chills down my spine when I went back to Bolivia and saw that a fellow president (Evo Morales) had been detained for 13 hours as though he were a thief.” “I got chills down my spine when we discovered that they are spying on all of us through their intelligence services … and on the other hand, within our own country, I hear only silence.”

She had said earlier in the speech, “”I get chills down my spine when I hear the views of directors of other enterprises, including business leaders, who only immerse themselves in minutiae and do not realize what is happening . . .”

A few days ago, Kirchner pointed out sarcastically that for all the massive electronic spying in which the US engages, it couldn’t seem to know that Edward Snowden was not on Evo Morales’s plane.

The Latin American press is calling the way the US pressured Western European allies to deny Bolivian President Evo Morales’s air force jet overflight rights and forced him to divert to Vienna, “Evo-gate.”

And, the USG Open Source Center translates this item from the Brazilian Ministry of Foreign Affairs:

On 7 July Brasilia Ministry of Foreign Affairs posts a statement from Minister Antonio Patriota expressing deep concern at news related to US intelligence agency surveillance of Brazilian citizen’s communications. The communique announces that the Brazilian Government has requested that the matter be clarified and further that it will seek out the International Telecommunications Union (ITU) for improvement of multilateral rules to govern the matter. Brazil will seek out the United Nations aiming to prohibit abuse and prevent invasion of privacy of virtual network users and establish clear standards “to ensure cyber security that protects citizens’ rights and preserves sovereignty of all countries.” The Brazilian broadcast and printed media granted broad coverage to the matter. On 7 July Lu Aiko Otta writes in Sao Paulo O Estado de S. Paulo that President [Dilma] Rousseff discussed the matter with cabinet members at a meeting and approved measures to be implemented to call for US Government explanation.”