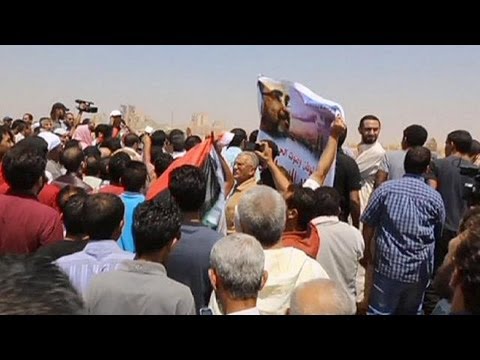 Over the weekend, all hell broke loose in Libya, in worrying ways that suggest that the government is entering new depths of paralysis and incompetence, and the terrorist cells based in Benghazi are making a play for genuine power.

It seems obvious that the Libyan government needs to swallow its pride and get outside help in accelerating the training of new security forces.

What were probably extremist fundamentalist terror cells bombed the courthouse in Benghazi, in front of which crowds gathered on Feb. 17, 2011, to kick off the revolution, was bombed and partially destroyed. Another bomb was set off Sunday evening in Benghazi, as well. Aljazeera English reports:

One of the young lawyers who organized the first revolutionary committee in Benghazi in February, 2011, Abdel Salam al-Mismari (al-Musmari) was assassinated. He was a vocal critic of militia power in post-Gaddafi Libya, as well as of Muslim Brotherhood power. He opposed the exclusion law that barred people from politics who had worked for Gaddafi.

A guerrilla attack on a hospital in Benghazi in which the assailants were searching for a patient allowed 18 inmates of the associated insane asylum to escape.

Angry about al-Mismari’s assassination, youth in Tripoli, Benghazi, Sabratha and elsewhere invaded and closed headquarters of the Libyan Muslim Brotherhood.

Prime Minister Ali Zeidan’s reaction to all this mayhem was to reshuffle his cabinet.

And no, these problems of transition would not justify having kept the totalitarian and murderous dictatorship of Muammar Gaddafi in place. In fact, many of the extremist fundamentalists were provoked to a life of violence by his oppression.