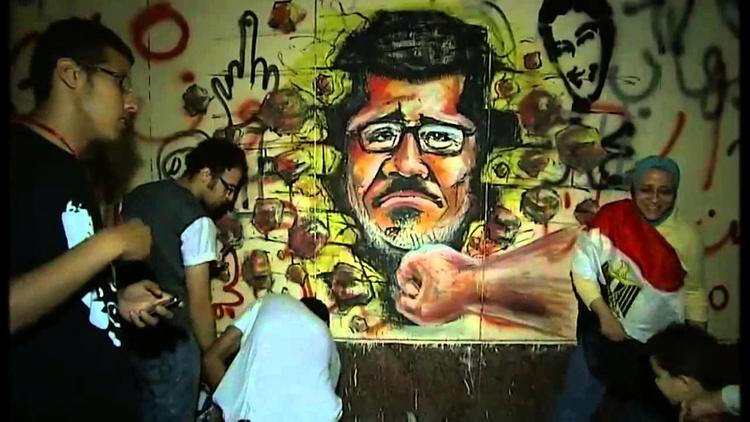 The Egyptian military’s ultimatum to the Muslim Brotherhood President Muhammad Morsi and his left, liberal & centrist political opposition to find a compromise by 4 pm Wednesday Egyptian time was disregarded by both sides, but most spectacularly by Morsi himself. The country was plunged into crisis when some 3 million demonstrators against Morsi came out into the streets and central city squares of the country last Sunday.

Alarmed, the government of Kuwait urgently called on its nationals to leave Egypt and discouraged further travel to the country, for fear it could descend into chaos.

On Tuesday night Morsi gave a defiant speech, praising as “great” the controversial constitution that passed last December by a little over 60 percent of the vote, with only a 30 percent turnout. That constitution is rejected by most Egyptians as having theocratic implications and as the fruit of a non-consensual drafting process in which the Muslim Brotherhood and Salafi fundamentalists had undue representation. Morsi used the word “legitimacy” 72 times in a short speech, underlining that he was democratically elected and saying that he has a responsibility to stay in office.

I have to say that the brevity and completely uncompromising character of the speech surprised me. Morsi did not offer to revise the hated constitution. He did not offer to form a government of national unity, with cabinet members from the opposition parties. This, even though his cabinet is collapsing, with six resignations, and even his own spokesmen have resigned. He did call for a reconciliation commission, and promised parliamentary elections in a few months. But these are not new ideas and are unlikely to resolve the conflict.

After the speech, Tahrir Square was if anything even more energized, with the Opposition “Rebellion “volunteers calling with renewed vigor for the fall of the Muslim Brotherhood regime. Rebellion maintains that in placing himself above the law last November, in ramming through a fundamentalist constitution, in packing the upper house of parliament with the Brotherhood and its sympathizers, and by neglecting to improve services or the economy, Morsi has forfeited the right to finish out his four-year term (he was elected in June, 2012).

Minister of Defense, Brig. Gen. Abdel Fattah al-Sisi issued a statement that the army would intervene to save the country from any outbreak of terrorism. (Right wing Muslims have been threatening to turn to terror tactics if Morsi is forced from office).

The day began with a phone call to Morsi from US President Barack Obama. What Obama said, exactly, remains unknown. But Elise Labott of CNN reported that administration insiders told her that Obama was urging Morsi to hold early elections. This explosive news sounded like naked American interference in Egyptian affairs, on behalf of the Rebellion movement that is seeking Morsi’s resignation. The State Department quickly moved to deny the report, but later in the day admitted that Obama explored a range of resolutions with Morsi, and that resignation figured among them. Ms. Labott must have gotten whiplash from the USG revelations and denials, and someone owes her an apology.

Morsi had said on Monday that Obama was supporting him as the legitimately elected president of Egypt. Morsi either misunderstood or misrepresented the American president.

As soon as Morsi ended his speech, clashes broke out between his supporters and police in the vicinity of Cairo University, leaving at least 16 dead and 200 wounded. The dead are said to be Muslim Brothers, killed by police and “thugs.”

It seemed clear that in adopting this defiant tone and attempting to just tough out the challenges from the Rebellion (Tamarrud) youth movement and and from the military, Morsi was setting Egypt up for a major national set of confrontations. The army is openly worried about a descent into civil war.