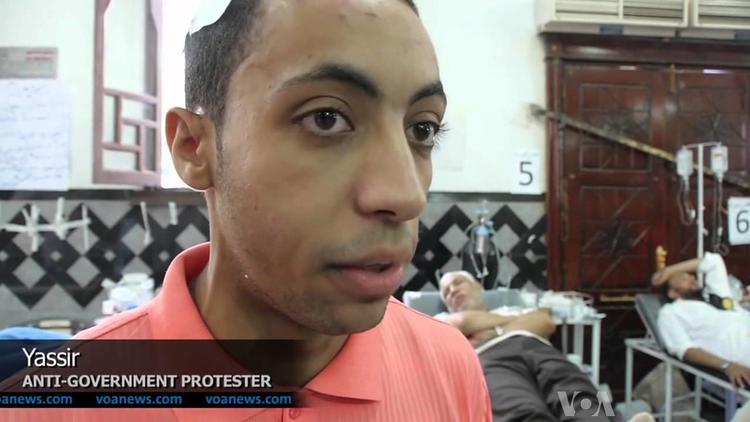 Egypt reacted with shock and grief to the massacre of Muslim Brothers early Sunday morning. Even figures who supported the July 3 coup such as Vice President for Foreign Affairs Muhammad Elbaradei and the Rector of the Al-Azhar Seminary criticized the military for using excessive force. It seems clear that Brotherhood members were attempting to take control of the crucial October 6 overpass (which goes on for miles and links downtown Egypt to Nasr City). But the military used disproportionate force and so took a lot of criticism.

The left-liberal April 6 Youth movement condemned the bloodshed (they had opposed the holding of Friday’s demonstrations in favor of the military, as well.

The incident took the sheen off the massive pro-military demonstrations throughout the country on Friday, which Gen. Abdel Fattah al-Sisi had asked for to give him a pretext to crack down on the Brotherhood.

The better hope would be to find a framework for the reintegration of the Brotherhood into normal Egyptian politics (I think it would have to accept the narrative of Muhammd Mursi’s having over-reached and perhaps even engaged in illegal activities). But at the moment, any such reconciliation seems light years away. Indeed, the new Interior Minister is pledging to clear Rabia al-Adawiya Square, where the crowds have gathered, setting the stage for more massacres.