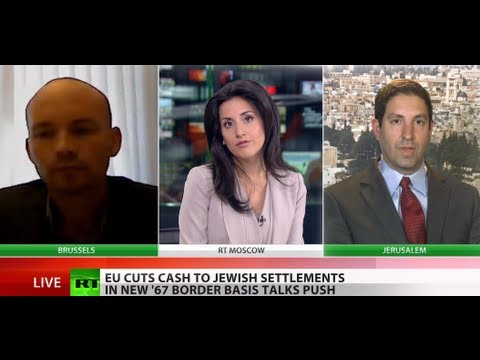 The Israeli government’s de facto annexation and colonization of the Palestinian West Bank is illegal in international law. United Nations members cannot acquire territory by warfare according to the UN Charter (it doesn’t matter from whom they acquire the territory). The UN Charter was written by people who disapproved of the behavior of the aggressors in World War II, which often involved acquiring territory of unrelated people by falling on them militarily, as Israel did on Gaza and the West Bank in 1967. Israel’s creeping annexation of the West Bank has never been formally recognized by any country in the world and has been repeatedly condemned by the world’s major states and by the United Nations Security Council. Israel has managed to thumb its nose at the world community and to go on stealing Palestinian land, water and other resources on a vast scale just because none of its critics was willing to do anything practical to stand in the way of this colonial annexation and erection of an Apartheid state. The United States routinely vetoes UNSC resolutions condemning Israeli theft of Palestinian land and erection of Israeli colonies on it, as well as the latticework of checkpoints and Israeli-only highways that have carved up the West Bank and made Palestinians’ lives miserable. The Israelis are perfectly nice people, but all Occupation regimes distort and degrade the character of the Occupiers.

At long last, however, the European Union is putting its collective foot down. It is insisting that Israeli institutions and companies based in the Palestinian West Bank be excluded from any Israeli participation in a program of the European Union. The Europeans admit Israeli scientists to EU scientific partnerships, e.g., as though Israel were a member of the EU. Such scientific and technological exchanges have been important in keeping Israel more advanced than its Arab neighbors and able to dominate them militarily. But they have also aided in Israel’s creepy project of making the Palestinians homeless and poverty-stricken. The [pdf] EU guidelines are here.

The EU move is not anti-Israel. In fact, Israel is being given all sorts of benefits by the EU. It is simply an acknowledgment that the Israelis are contravening the Hague Convention of 1907 and the Geneva Convention of 1949 on the treatment of populations in militarily Occupied territories. And it is an announcement that the EU is not going to do anything to aid and abet the Israeli government’s illegal actions. Europe wants a two-state solution, and this move helps roll back the Israeli march toward a single state that keeps Palestinians in an Apartheid-like state of segregation and subjugation.

The significance of the EU move is that Israel’s crimes on the West Bank will increasingly attract sanctions of various sorts, whether from private European businesses and from NGOs or from governments. Some 50% of Israeli trade is with Europe, and much of its technological and scientific prowess depends on good relations with the EU. Israelis have long had a choice of meeting the commitments they made in the Oslo Peace Process and creating a Palestinian state, or of becoming a pariah state like South Africa circa 1988.