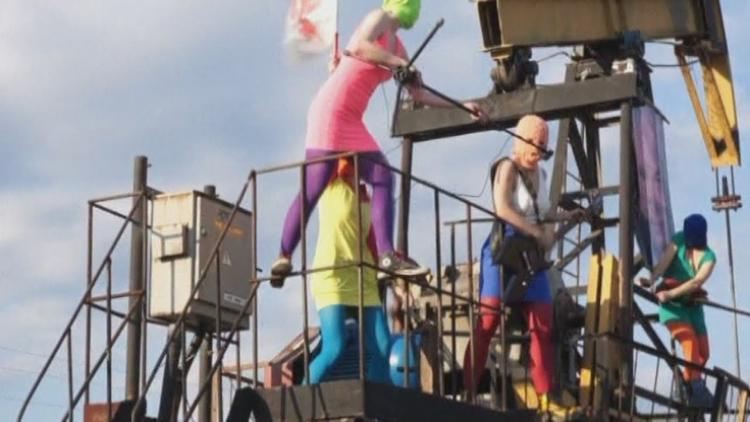 The Russian Punk Rock band “Pussy Riot” has released a new video, Rolling Stone reports, entitled “Like a Red Prison,” in which they attack Russia’s oil magnates and their ties to President Vladimir Putin. The song likens Putin to Iran’s Ayatollah Ali Khamenei because of his favoritism toward the Russian Orthodox Church, and complains that the church’s influence makes it as oppressive as Islam in the Gulf. (Though they complain in particular about the United Arab Emirates, which isn’t religiously oppressive– Dubai even has Hindu temples).

Two members of the band are still serving out sentences to hard labor in Russian prisons for “hooliganism” because they performed in Moscow’s main cathedral without permission.

Even though we know that Big Oil is destroying the world with carbon emissions and pouring mercury into Lake Michigan, I don’t know of any major protests against it by major American rock bands.