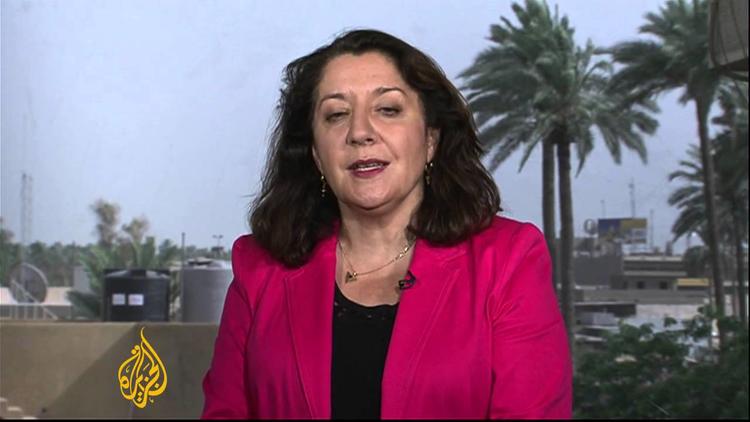 The rocket attack on the Shrine of Sayyida Zaynab in the suburbs of Damascus on Friday has intensified the sectarian overtones of the Syrian civil war and exacerbated Sunni-Shiite tension in Iraq and elsewhere. Shrapnel killed the venerated caretaker of the shrine. ( Sayyida Zaynab [d. 682 AD] was the granddaughter of the Prophet Muhammad). The attack appears to have been launched by radical Sunnis influenced by the austere Wahhabi school of Islam predominant in Saudi Arabia, which despises shrines as idolatrous in a somewhat Protestant fashion. The shrine is guarded by several hundred Shiites from Lebanon and Iraq, including Hizbullah fighters.

There were a number of demonstrations over the weekend in Pakistan by outraged Shiites protesting what was done to their holy sites. (Pakistani Shiites, something like 15% of the population, are under attack by Taliban and other radical Sunnis in that country). Likewise, Iranian leaders vociferously condemned the attack.

The Sunni-Shiite divide also plays into the bombing campaign to which radical Sunnis are subjecting Shiites in Iraq. 13 were killed on Sunday and another 30 died on Saturday as 11 car bombs were set off in Baghdad, and in the past four months, the UN says, 3,000 have been killed and 7,000 wounded. This summer’s bombing campaigns have been meticulously planned and tightly coordinated, suggesting that the radical Sunnis are very well organized and funded.

The war in Syria is not primarily a religious one, though it obviously has a strong sectarian dimension. The same is true of the alarming and ongoing violence in Iraq. These are not religious struggles because they are not over theology. People have organized themselves to fight on one side or another on many grounds, with religious heritage or identity only one of them. The Syrian revolution began with protests by Syrians in the smaller cities of the center and south of the country against unemployment and lack of water for irrigation, as well as against the seedy practices of the Baath police state. Most of the protesters were Sunni but most of them were not protesting on behalf of Sunni theology. It so happens that the militantly secular Baath socialist, Arab-nationalist party is dominated in Syria by the Alawite sect, which technically falls on the Shiite side of the Sunni-Shiite divide. But it is not orthodox in its beliefs, and few orthodox, Twelver Shiites of Lebanon, Iraq or Iran would mobilize on behalf of the Alawite form of Islam, with which they feel no kindred spirit.

Lebanon’s Hizbullah is supporting Damascus not because it likes the secular Baath Party or because it believes that President Bashar al-Assad and his ruling clique are orthodox Shiites, but rather because Syria is the land bridge over which Iran ships rockets and other munitions to Hizbullah. Without the land bridge, Hizbullah could be cut off from weapons shipments by the Israelis and then just crushed. Iran is supporting Damascus because the Syrian elite is willing to make that alliance (Iran has few friends in the Middle East) and because it allows Iran to project its power into the Levant, including into the Israeli-Palestinian conflict.

Iraq’s Shiite-dominated government has declared neutrality toward the two sides in Syria, though Prime Minister Nouri al-Maliki tilts toward Damascus (ironic because for years he blamed al-Assad for every bombing in Baghdad). One of al-Maliki’s nephews was killed while guarding the shrine of Sayyida Zainab, on June 1 of this year. The USG Open Source Center noted that Iranian “Ayatollah Safi Golpayegani has published his message that reads in part, ‘I received the news of martyrdom of your nephew while he was guarding the mausoleum of Imam Ali’s gracious daughter, Lady Zeinab (P); I pray to Almighty Allah to accept this dear martyr, and to resurrect him along with the martyrs of the advent of Islam.’ He wished for God’s great reward for Maleki family for suffering the pain for this loss, adding, ‘I plead to the Unique One to grant victory to the other Mujahids [holy warriors] who defend the mausoleum of the Infallible Household of the Prophet (P) over the enemies of religion.’

Iraq’s Shiite religious authorities mostly urge neutrality, as well, except for Sayyid Muqtada al-Sadr, who sides with the rebels, i.e. he is siding with the largely Sunni Free Syrian Army against the Baathist, quasi-Shiite Syrian ruling clique. Baathists in Iraq killed Sayyid Muqtada’s father and two eldest brothers, and he says he sympathizes with the oppressed Syrian masses rising up against their Baathist police state. This stance alone should signal us that Syria is not only about religion or sect.

The London-based pan-Arab daily, al-Quds al-`Arabi (Arab Jerusalem), published an excellent article today on the differences between the Iraqi Shiite authorities of Najaf, who are neutral on Syria, and the Iranian ayatollahs of Qom, who openly call for volunteers to go fight on the side of the Syrian government. Those who recruit volunteers for Syria in Iraq and Iran say that the Qom fatwas authorizing Shiites to go fight have provoked a big increase in volunteers.

In contrast, Grand Ayatollah Ali Sistani of Najaf has refused to give a fatwa or formal legal ruling authorizing his followers to join the fight in Syria.

Many Iraqi Shiites have gone off to fight in Syria, basing themselves on the fatwas of Iran’s Supreme Leader Ali Khamenei, whose agents are making inroads in Najaf and in Iraq in general, targeting the younger generation and hoping to convert them to a belief in the Guardianship of the Jurisprudent, the Khomeinist doctrine that clerics should rule Shiite society. Most high Iraqi Shiite authorities reject the ‘Guardianship of the Jurisprudent,’ saying that clerical authorities should not rule. An agent of one of the Iraqi grand ayatollahs has referred to the anti-regime fighters as in ‘rebellion.”

The article’s sources day that about 50 Iraqi Shiites go off to fight in Syria every week, in part to protect the shrine of Sayyida Zainab.

So a revolution and civil war that is not primarily religious in motivation has developed a significant religious dimension. The killing of Sayyida Zaynab’s shrine keeper will afford political entrepreneurs a further pretext for injecting Sunni-Shiite differences into the fighting.

Ruth Sherlock visited and reported on the shrine last May for the Telegraph:

Just as, in Christianity, Protestants prefer Paul and Catholics privilege St. Peter, among the first generation of Christian leaders after Jesus of Nazareth, so in Islam there are two great branches. Sunnis believe that after the Prophet Muhammad, the elite of the community selected in turn four Orthodox Caliphs or vicars of the Prophet, who needn’t have been from his family. In contrast, Shiites asserted a dynastic principle. Since the Prophet Muhammad did not have a son who survived childhood, the Shiites favored his cousin and son-in-law, Ali b. Abi Talib, as the rightful first successor (Imam) of the Prophet, and believed that his descendants through Fatima, the Prophet’s daughter, should have been the vicars of the Prophet afterwards. The two branches only agreed on religious authority once, when what later became known as Sunnis selected Ali as the fourth Caliph. Ali’s sons, Hasan and Husain, are considered Imams by the Shiites but just as saints of a sort by Sunnis. Ali also had a daughter, Zaynab, who supported her brother, Husain, and who stood up to the Umayyad king after he had had Husain killed for leading an uprising against him in Iraq.