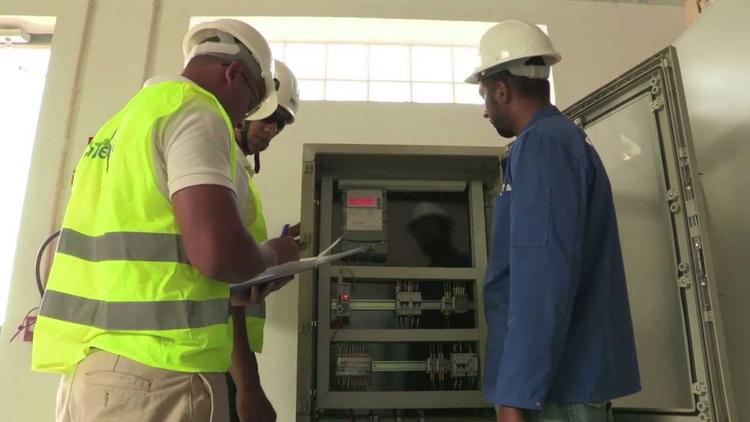 “The windswept islands of Cape Verde lie off West Africa, some 500 km from Senegal. They are the site of Africa’s largest wind power project, which started up in autumn 2011. Generating equipment on four of the islands will produce a greater proportion of electricity from wind than anywhere else in the world…”

“Speeches at the [inauguration in fall 2011] emphasised the importance to Cape Verde of inexpensive energy that creates no emissions. While increasing numbers of tourists have discovered the islands in the past few decades, as many as half of the residents have moved abroad, mostly to the United States and Europe, in search of jobs and a better future. The lack of electricity and its high price have been serious obstacles to economic development and job creation, and thus major reasons for the population exodus.

Whereas European wind power often depends on substantial subsidies, the project in Cape Verde is based on strong winds. Electricity generated from wind power is distinctly cheaper than the power sources used hitherto in the islands. . .”