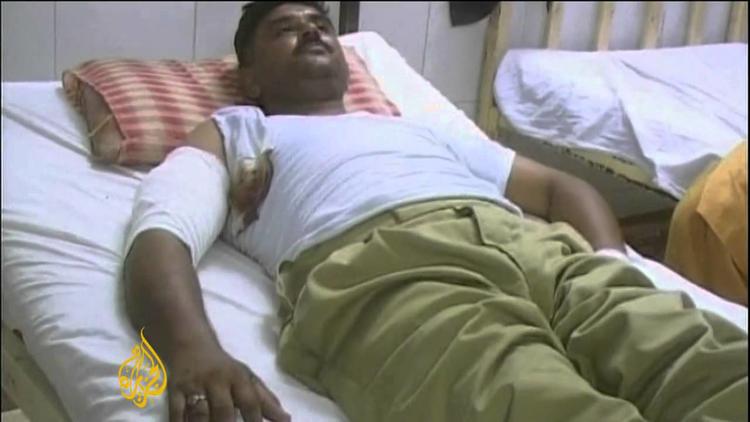 The CIA killed more people in Pakistan per strike than at any point since July 2012.

US drones return to Yemen‘s skies and al Qaeda confirms the death of its deputy leader.

UN report finds indications of increased US and UK involvement in Somalia.

July was the busiest month since January for the CIA’s drones with three strikes and at least 23 dead, eight of them identified by name. This was the highest ratio of people killed in each strike in Pakistan since July 2012 when when four operations reportedly killed at least 38 people.

The first strike on July 3 (Ob318) skewed the kill ratio – it was the bloodiest attack in nine months with 16-18 people reported dead. This bucked a trend identified by the Bureau for low-casualty strikes: there has been a decline in the number of reported killed in each strike since the peak in 2009.

The death toll was unusually high: US drones have reportedly killed 16 or more people in a strike only three times in the past two years, most recently on October 11 2012.

Three weeks after the strike, anonymous US officials said Washington had cut the rate of attacks and tightened its targeting policy as a concession to the Pakistan army. The unnamed sources told the Associated Press the July 3 strike was based on ‘hugely detailed’ intelligence ‘laid out in a 32-page PowerPoint presentation’ that apparently indicated the targets were Haqqani Network militants gathering to plan an attack on the Ariana Hotel in Kabul.

On July 28 a further strike killed at least five people. Three were reportedly al Qaeda training experts. An unnamed Taliban source claimed the three had trained the team that attacked a Pakistani prison on July 29. At least 250 militants escaped in the assault, including several senior operatives. Reuters named the three alleged trainers as: Abu Rashid, from Saudi Arabia; Muhammed Ilyas Kuwaiti, from Kuwait; and Muhammed Sajid Yamani, from Yemen.

Also in July, the Bureau released an internal Pakistani record of drone strike casualties showing officials found CIA drone strikes have killed a significant number of civilians. Of 746 people listed as killed in the drone strikes outlined in the document, at least 147 of the dead are clearly stated to be civilian victims, 94 of those are said to be children.

Reported US drones killed at least seven people in Yemen this month in the first air strikes since a suspected US drone killed a 10-year-old boy and as many as six others.

July’s strikes came as President Hadi was visiting the US and days before a scheduled meeting at the White House on August 1 to discuss counter-terrorism policies and political reform.

Al Robaish revealed al Shehri was killed by a drone while talking on his phone in Saada province. However it was not clear exactly when al Shehri died. The only strike in Saada in 2012 recorded by the Bureau is YEM121, which killed at least three people on October 28.

A US court held preliminary hearings in a lawsuit brought by relatives of US citizens killed in drone strikes abroad, including Anwar and Abdulrahman al Awlaki. District court judge Rosemary Collyer asked government lawyers who were attempting to get the case dismissed, ‘How broadly are you asserting the right of the United States to target an American citizen?’ She added that she was ’troubled‘ by the US administration’s view it can kill US citizens abroad without judicial oversight. ‘The executive is not an effective check on the executive,’ she added.

And the UK Department for Business Innovation and Skills (BIS) has reportedly opened an investigation into UK telecoms company BT, though BIS refused to confirm or deny this to the Bureau. The British legal charity Reprieve has brought a complaint against BT over a contract to service and maintain a fibre-optic link between the US drone base at Camp Lemonnier in Djibouti and a US base in England. Reprieve believes the link is used as part of US drone operations in Yemen and Somalia.