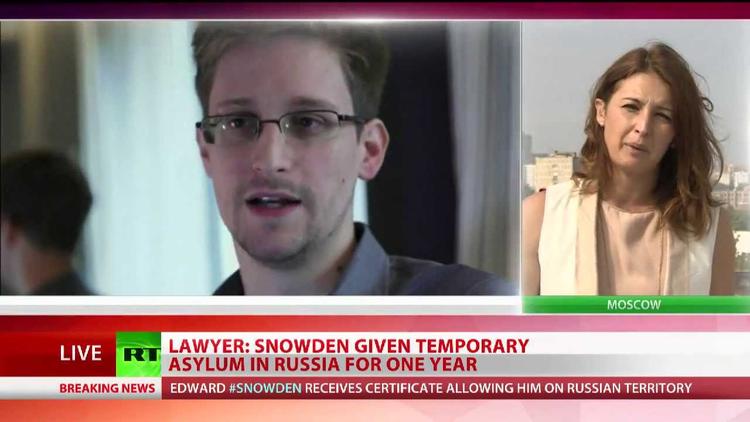 Russia’s decision on Thursday to grant NSA leaker Edward Snowden asylum for one year and allow him freely to live and work in the Russian Federation hit Washington like a hydrogen bomb. Angry politicians called on President Obama to cancel talks in Moscow with Putin scheduled in September.

One of the meanings of ‘frenemy’ is someone who is both your friend and your enemy. In the first decade after the fall of the Soviet Union, the Russian Federation suffered so horribly that it lost millions in population, because people stopped having children out of apprehension for the future while others drank themselves to death out of depression. Under Boris Yeltsin, Russia was neither inclined to nor able to challenge the United States. In the past decade, in part on historically high hydrocarbon prices, Russia’s economy has recovered, and, indeed, the World Bank now considers it a high income country and by purchasing power parity the fifth largest in the world (it is 8th in nominal terms). Under Yeltsin’s protege Vladimir Putin, who began as a KGB case officer, the Russian Federation has pursued a more independent foreign policy

So if Putin is a friend as well as occasionally an enemy, what are the signs of friendship?

1. Russia joined the World Trade Organization in 2012 and the United States and Russia now have formalized normal trade relations. Russia does $40 bn a year in trade with the US, only about $10 bn a year less than a close NATO US ally such as Italy.

2. Especially after the Boston bombings by Russian ethnic Chechens, the US and Russia have firmed up security cooperation against terrorism.

3. Russia has been extremely helpful to the US and NATO in Afghanistan. The US State Department says, “over 2,200 flights, over 379,000 military personnel, and over 45,000 containers of cargo have been transported through Russia in support of operations in Afghanistan.”

4. Russia and the US signed a New START Treaty in 2012 concerning the reduction and mutual inspection of nuclear arms. The State Department says, “The U.S and Russia have been implementing the New START Treaty for over one year and the process so far has been positive and pragmatic. The good working relationship we established during the negotiations in Geneva continues today.”

5. The Russians cooperate extensively with the US Drug Enforcement Agency in fighting heroin traffic, a cooperation that has survived recent tensions between the two countries.

On the other hand, sometimes President Putin is not so friendly to Washington, thus nailing down his status as America’s best frenemy. Examples:

1. Russia refuses to help the US impose a financial blockade on Iran.

2. Russia is supporting the Baath regime of Bashar al-Assad in Syria. The US says it intends to arm the rebels.

3. Russia has criticized the US for “unilateral” actions toward North Korea that Foreign Minister Sergei Lavrov warns could escalate tensions. The US shot back that such rhetoric only encouraged Pongyang in dangerous ways.

4. Russia has banned Americans from adopting Russian babies, in part in response to US legislation sanctioning Russia for the death in prison of tax fraud whistleblower Sergei Magnitsky.

There is of course another possibility. The Realists hold that countries don’t have friends, only interests. In that case, Russia is just pursuing its national interests, which sometimes coincide with those of the US and sometimes don’t. The Realists think it is good for each country to pursue its interests, since that balances the world out.

A Realist would say, if you want a friend, buy a dog! Clearly Putin knows this.