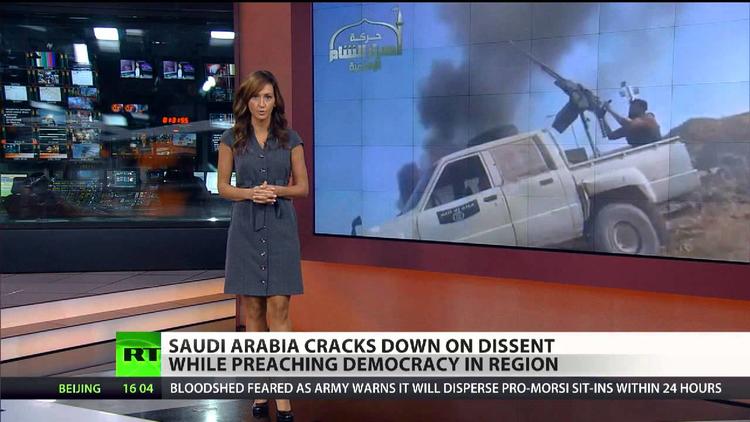 Russia Today got a scoop on Monday with an interview with a defecting Saudi prince:

“In recent weeks Saudi Arabia has launched an offensive against anti-regime activists arresting many and sentencing some to years in jail. Total number of political prisoners has now surpassed 40 thousand according to some reports. The crackdown has even forced a member of the ruling family to defect. RT Arabic spoke exclusively to Saudi prince Khaled Bin Farhan Al-Saud – who accuses the monarchy of corruption and silencing all voices of dissent.”

Prince Khaled maintains that the royal family is in an absolute tizzy about the Arab upheavals and has arrested thousands of dissidents.