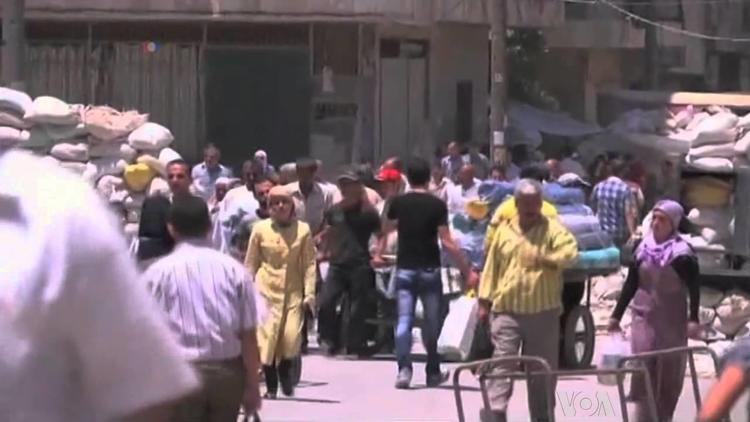 The war in Syria is interfering in farmers’ ability to bring in the wheat and other crops. It is a sad Eid al-Fitr (the feast to mark the end of the fasting month of Ramadan) for millions of Syrians

‘ The family has no other income but Abdullah’s taxi-driving wages that help a bit in covering their living expenses and WFP food assistance. They, like most displaced families across the country, say they depend almost entirely on WFP for most of their food needs as they cannot afford most foods in local markets.

“Anything that WFP provides helps but sometimes the ration runs out too soon,” Abdullah’s wife Um Mohamed says as she lays on the Iftar table Mojadara (traditional food made of bulgur & lentil) and some spaghetti. “Food prices are quite high and we have stopped buying many things.”

Um Mohamed also bakes bread using the WFP wheat flour she gets through the Arab Syrian Red Crescent (SARC) and is proud that she even uses the empty fava bean cans as cutlery holder. “We try to put everything we receive to good use.” ‘