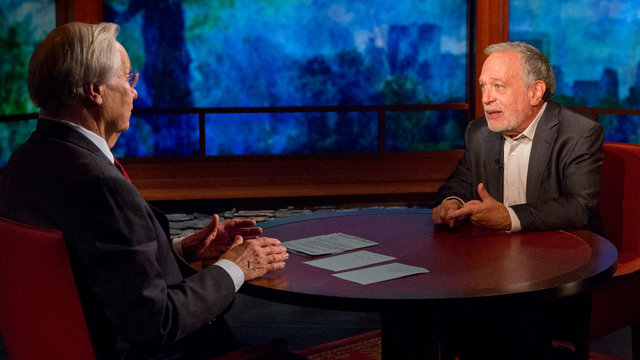 Reich wants to cap the size of the too-big-to-fail banks, reestablish the wall between commercial and financial banks, increase the size of the earned income tax subsidey, have a $15 minimum wage, and have more equitable social security taxes (exempt first $15,000, and remove cap that allows the rich to avoid paying into social security). The basic thing to remember, Reich says, is that the shape of our economy is produced by our rules, and the rules can be changed.

Ahead of Bill’s interview with economic analyst Robert Reich about Inequality for All, his new documentary about America’s widening income gap, we asked our smart, engaged community on Facebook what they wanted Bill to ask Reich. We received many stellar questions including one that we’re guessing is on the minds of many of you: What specifically can we do to fix our economy?

Turns out, Reich has a clear plan of action — which he lays out in this video — to ensure there is “upward mobility again, in our society and in our economy.” He also believes that political engagement by all Americans will help “change the rules” that created the widening income gap between the top one percent and everyone else, and contributed to the Great Recession. Reich has set up a “take action” area on the film’s website, where he is promoting actions we can take to improve the future health of America’s economy.