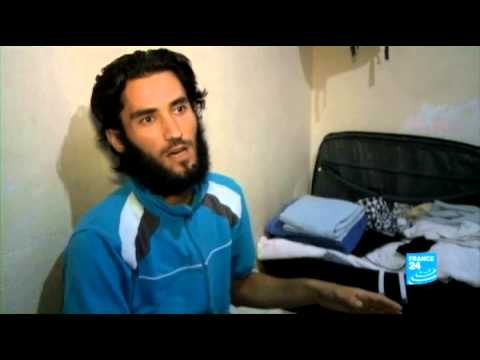 The pan-Arab daily al-Hayat [Life] reports that 14 bands of fighters in Syria have broken with the moderate Syrian National Council led by Ahmad al-Jarba and have repudiated its Free Syrian Army.

The importance of this development should not be underestimated. It will throw a scare into Baghdad and Amman, and will provoke serious thought in Tel Aviv and Europe about the wisdom of supporting the opposition in Syria.

Embarrassingly enough this development broke while al-Jerba was at the UN General Assembly, where he met with Secretary of State John Kerry and UN special envoy Lakhdar Brahimi. Al-Hayat said the Americans insisted on three points: Pursuing the plan to sequester Syria’s chemical weapons; an increase in aid to the opposition, including humanitarian aid; and proceeding with a negotiated settlement at Geneva. Al-Jerba, who wants outright victory, cannot have been happy to hear all this. And then his fighters abruptly joined al-Qaeda, cutting him off at the knees. The Americans postponed their further meeting in Washington with AlJerba and with Gen. Salim Idris, commander of the (now diminished) Free Syrian Army.

The American plan, of strengthening the FSA and overcoming the extremists in the opposition so as to force the ruling Baath regime to the negotiating table has now almost completely fallen apart. The turn toward al-Qaeda of so many Syrian fighters just after the Nairobi attacks will make it even harder for the Congress to support aid to the rebels.

Three of the armed groups that signed the fundamentalist declaration had been considered members of the Free Syrian Army. Also signing the declaration seeking an Islamic state instead of a Syrian National Council were Jabhat al-Nusra, an open al-Qaeda affiliate.

The London-based daily Al-Sharq al-Awsat [The Middle East] suggests one explanation for the defections: money. The Syrian National Council is just not funding the moderate Free Syrian Army very well, while fundamentalist fighters are well paid.

Despite insistence by the Syrian opposition on organizing the activities of the Free Syrian Army and controlling decisions by its brigades as a prelude to transforming it to a military establishment that protects security in the period after the ouster of the regime, realities on the field indicate there are many obstacles to bringing this about. Military commanders complain of the modest finances that reach the Joint Chiefs of Staff, something that forces the commanders of the brigades fighting on the ground to shift their alliances to the quarters that supply them with money and weapons.

Breakaway Brigadier-General Khalid al-Hammud told Al-Sharq al-Awsat that about 50 percent of the FSA brigades receive support from external sides. These brigades are the more effective in fighting the regular forces because they lead the most prominent battles and score great gains, he said. This has produced a state of multiple loyalties within the FSA because the decision in some brigades is up to those who supply them with weapons and pays them, not the Chiefs of Staff.

Al-Hammud said that the Chiefs of Staff control only 20 percent of the brigades that fight on the ground. Its members live on the borders and do not enter Syria, something that makes them distant from the course of action on the field, he said.

Al-Hammud explained the procedure adopted by the fighting brigades to obtain support from merchants and businessmen sympathetic with the Syrian revolution. He said the soldiers prepared a video on an operation they carried out against regular forces to send it to the financing quarters in order to get money and weapons. Thus the phrase has been coined among brigade commanders in Syria: Shoot videos and get money and weapons, he said…

According to Al-Hammud, the hard-line Islamic brigades that constitute 30 percent of the opposition fighters do not suffer a problem in getting finances. On the contrary they pay salaries to their fighters and ensure a good life to their families.a(euro) He said that a(euro)oea number of moderate fighters leave their brigades and join the Islamic brigades to obtain the privileges they provide. He blamed this on the FSA Chiefs of Staff which he said operates a(euro)oeaccording to a Western agenda.

The Joint Chiefs of Staff comprises 30 civilian and military members operating under the command of General Salim Idris who was elected in mid December 2012 after lengthy meetings held in the Turkish town of Antalya attended by representatives from various fighting Syrian opposition factions operating inside Syria. This took place about a year after the establishment of the FSA by the breakaway Colonel Riyad al-Asad who was excluded along with his aides from the composition of the new Joint Chiefs of Staff.

Under the field complexities facing the FSA, its brigades have lately been facing a new confrontation with the hard-line Islamic brigades, especially the Islamic State of Iraq and the Levant which is close to Al-Qaeda. Several clashes have broken out between the two sides the last of which was in the village of Hazanu in [Idlib’s] countryside.