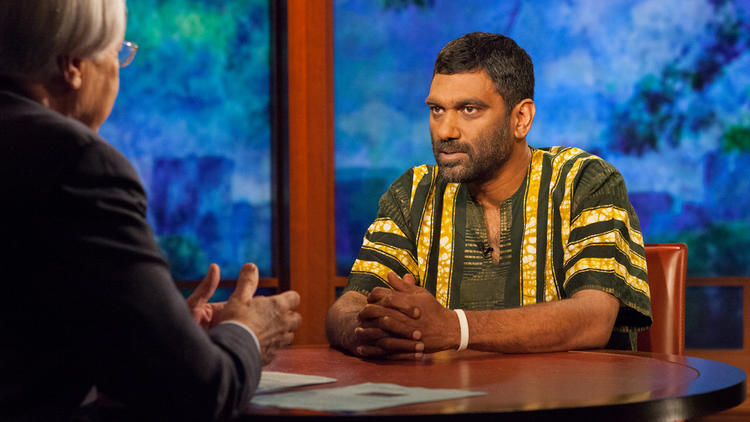 Bill Moyers interviews Kumi Naidoo of Greenpeace International on the urgency of action on climate change:

“On this week’s broadcast, the charismatic Greenpeace International Executive Director Kumi Naidoo joins Bill to discuss the politics of global warming and the urgency of environmental activism.

As of this moment Vladimir Putin’s government is holding in custody the Arctic Sunrise, the command ship of the environmental activist organization Greenpeace International. The ship was seized by armed members of the Russian Coast Guard last week after Greenpeace activists tried to board an offshore oil platform as a protest against drilling for fossil fuels in the fragile environment of the Arctic, where global warming has reduced the sea ice cover 40 percent since 1980.

Naidoo tells Bill, “If there’s injustice in the world, those of us that have the ability to witness it and to record it, document it and tell the world what is happening have a moral responsibility to do that. Then, of course, it’s left up to those that are receiving that knowledge to make the moral choice about whether they want to stand up against the injustice or observe it.”

From his teenage years in South Africa, Naidoo was a vocal and powerful opponent of apartheid, incarcerated and beaten so often he finally fled to Britain, where he was awarded a Rhodes scholarship to Oxford. When apartheid ended, Naidoo went back to South Africa and became a prominent human rights activist with a growing concern for the impact of climate change on impoverished people of color. In 2009, he brought his negotiating and advocacy skills to the leadership of Greenpeace International, now a worldwide organization of three million members.