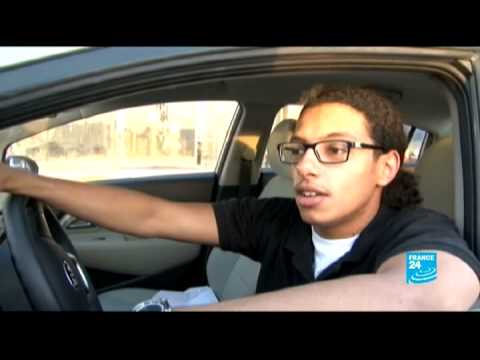 A key group of Saudi feminists have called off their planned protests for Saturday against Saudi Arabia’s bizarre ban on women driving. (Some individuals may go ahead). They did so in response to dire threats from the Saudi Interior Ministry (i.e. secret police) of condign punishment against women who got behind the wheel today, and against those who gathered in public for protests. One woman protester in 2011 was arrested and sentence to ten lashes (yes). I am a worldly person who has visited countries in which, all together, perhaps a majority of the world’s population lives, and I am not quick to condemn other cultures. But really, whipping women with whips for daring to drive an automobile, is barbaric.

It is about the most pitiful thing one can imagine– a state that disallows protest altogether as a means of enforcing a brutal patriarchal order that deprives women of the basic right of mobility. Inability to drive limits women’s ability to pursue not just their careers (Saudi women have high rates of literacy and education) but even just hobbies. Wealthy women have chauffeurs, but contrary to stereotypes not all Saudi families are rich or can afford to hire drivers. Supportive Saudi husbands sometimes have to spend a lot of their time driving family members around.

AFP points to one of the motivations for the Saudi regime’s resistance to changing their stupid law about women driving– that conservatives fear that if they give way on this issue, it will open the sluice gates to further demands for reform in the kingdom. Saudi Arabia is an absolute monarchy with no constitution and no elected legislature, ruling over 22 million citizens and 7 million guest workers. The princes of Al Saud do not want middle class intellectuals telling them how to run things and do not want minorities such as the Shiites making demands for legal equality. Women have to be subjected in order to make the point that everyone else will be subjected, as well. And, the Saudi elite is attempting to spread authoritarianism in the region, pushing back against demands for democracy and human rights by e.g. Egyptian youth. A Saudi official told a friend of mine after the 2011 Egyptian revolution that Saudis still remember when Egyptian Khedive Muhammad Ali invaded the kingdom in the 19th century and they were determined to prevent any repeat of an Egyptian invasion (implying that the threat is now from Egyptian ideas about democracy and human rights).

Women activists said that instead of another one-day protest today, they would pursue an open-ended campaign for the right to drive.

Much more may be riding on their success than just one right of one group under Saudi rule.